The idea that the first Oppo tablets would come to fruition in 2021 has been leaked enough to be believable. And now the first specs leaks have surfaced too.

Thanks to information from the leaker Digital Chat Station, the first Oppo tablets are said to feature MediaTek Dimensity 800T and Qualcomm Snapdragon 663 processors.

Two iterations of both of these chipsets will be sold too, where one includes a stylus pen and the other don’t, with a premium of 100 Yuan for the tablet with a stylus. 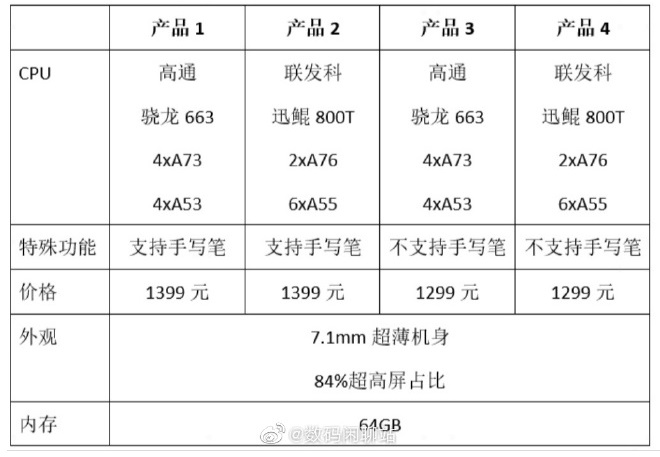 So at least these Oppo tablets should look modern. It’s still too early to tell when Oppo will launch these tablets though. The next know Oppo event is next week, but it’s for the Oppo K9s smartphone.