It’s now said that an as of yet unofficial Dell Venue 10 7040 2-in1 notebook/tablet is in the works, and that it could be launched this year.

The Dell Venue 10 is said to have been mentioned by Intel during their Intel Developer Forum (IDF) in San Francisco this week. Not a whole lot is know about this tablet yet, other than carrying a Intel processor and being a 10-inch Android 2-in-1 tablet.

Speculations points to a GFXbench-mark test that lists it with a 2560 x 1600 resolution display. And considering that Dell went with the same kind of resolution on the recently teased Dell Venue 8 7000, I don’t see why not. I suspect it may also have Intel’s Skylake all-encompassing wireless connectivity feature. 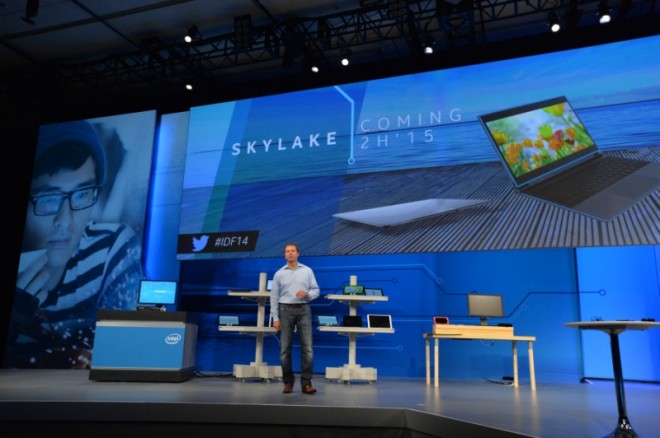 Showcasing going on at IDF this week

2-in-1 10.1-inch Android notebooks/tablets are not new something new to 2014, since Asus have made plenty of these devices over the years. But in the budget category it started for real with the launch of the Asus Transformer Pad TF103, released just a few months ago.

On the other hand, Samsung have manufactured their own specially made keyboards for Android tablets ever since the Samsung Galaxy Tab 1, so the evolution isn’t huge, and have mostly to do with engineering particular attachment designs that locks the keyboard and tablet seamlessly together like a laptop, unless the keyboards also contain extra ports, more storage, and more battery capacity, in which case it often brings a lot to the table.