The Cyber Monday Tablet Deals 2015 look very positive by now provides a great opportunity to get a tablet that offers good value for money before the holidays either for yourself or as a Christmas gift to someone else.

Several of the best and most popular tablets are on sale this year, with Cyber Monday deals on brands such as Asus, Samsung, Microsoft, Toshiba, Amazon, Vaio, and others.

Additional tablets will be added to this page over the next 48 hours when new Cyber Monday Tablet Deals becomes available, so bookmark this site and check back every now and then if you didn’t already find your favorite tablet on this list.

Fire HD 10 even has Dolby Atmos stereo speakers, a 1.3MP front camera, a 5MP rear camera with Full H1080p video recording, and even complete dual-band 802.11 a/b/g/n/ac Wi-Fi support, and color options of either black or white.

This tablet deal ends at 2:00 AM Eastern Time (ET) on Tuesday, December 1, or until it runs out of stock. 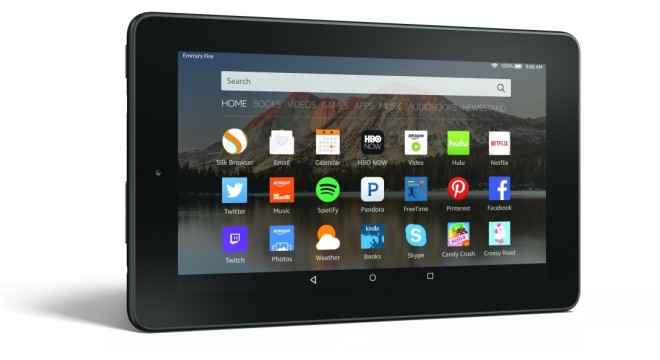 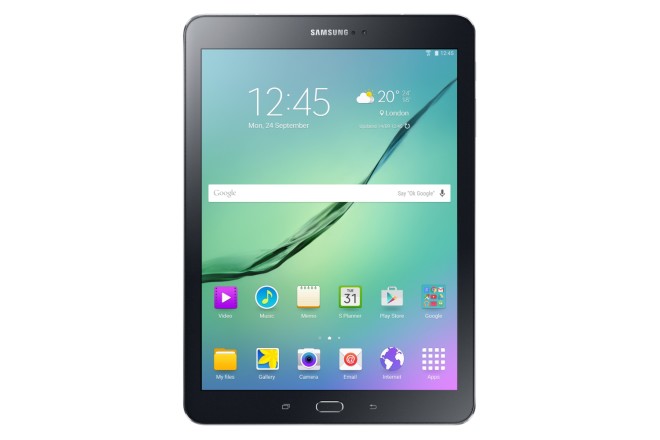 Samsung Galaxy Tab S2 8.0
The smaller 8-inch Super-AMOLED version of the new Tab S2 with the same specifications as the 9.7-inch model above.
The only difference being the size and weight, which means that this ultra thin 5.6 mm thick tablet only weighs 265 grams. That’s by far the lightest 8-inch tablet in the world. Color options are white, black, and champagne gold. 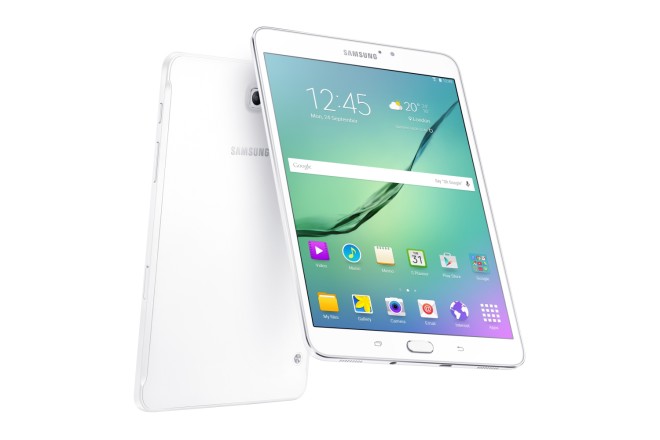 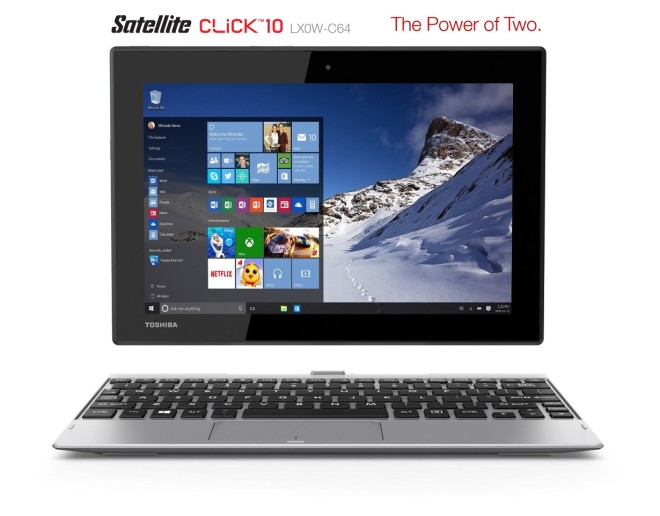 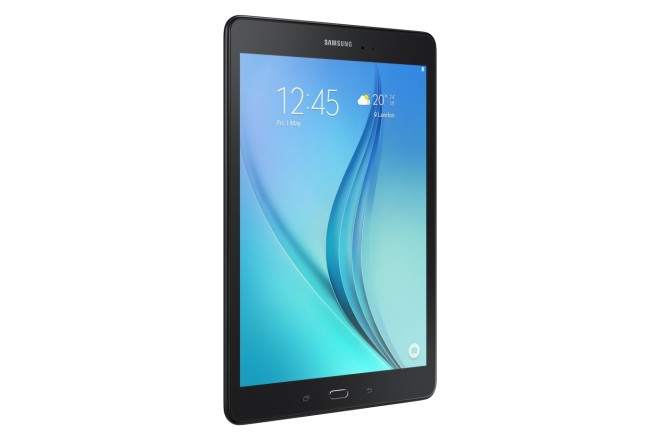 Samsung Galaxy Tab A 8.0
Introduced in the US in May with the new 4:3 aspect ratio (same as iPad) and 1024 x 768 resolution. This Android 5.1 tablet, with Android 6.0 support in 2016, has a 1.2 GHz quad-core Qualcomm Snapdragon 410 processor, 1.5GB of RAM, 16GB/32GB storage, microSD card support up to 128GB, and with Microsoft Office for Android installed there’s even 2 years worth of free 100GB cloud storage from Microsoft OneDrive. Has dual-band Wi-Fi, GPS, a 2MP front camera, a 5MP rear camera, a long 11 hour battery life, and lots of feature, including kids mode and even advanced security features. 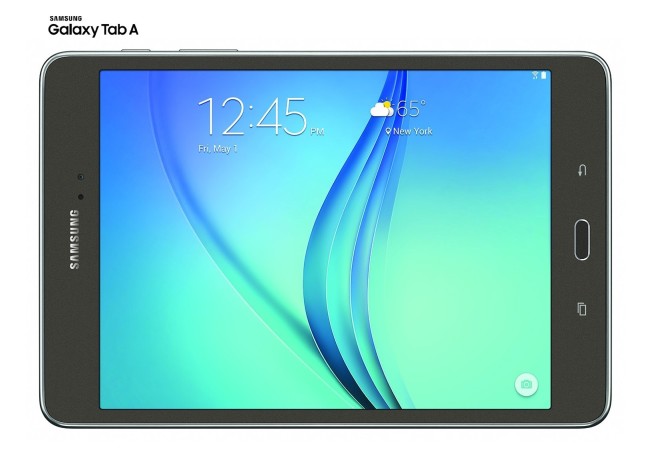 Microsoft Surface 3
Surface 3 is the cheapest Surface tablet introduced in 2015 with Windows 10. This high quality tablet is loved by students for the digitizer support and chance to make annotations directly onto the screen (with the included Drawbord PDF app owners can draw directly onto PDF files even), the Microsoft Surface 3 has optional keyboards from Microsoft, a powerful quad-core Intel Atom x7-Z8700 processor, a 10.8-inch screen with Full HD 1920 x 1280 resolution, 64GB or 128GB storage, full size USB 3.0 port, complete 802.11 a/b/g/n/ac Wi-Fi support, a 3.5MP front camera and a 8MP camera, Dolby stereo speakers, and the longest battery life in the Windows 10 2-in-1 tablet category, at 10 hours.

One of the Cyber Monday tablet deals 2015 on the Microsoft Surface 3 is for the 64GB or 128GB model Wi-Fi or 4G LTE with Microsoft Type Cover keyboard included in the price bundle.

A second Microsoft Surface Cyber Monday deal is available for the 128GB model that’s given a discount of $100. 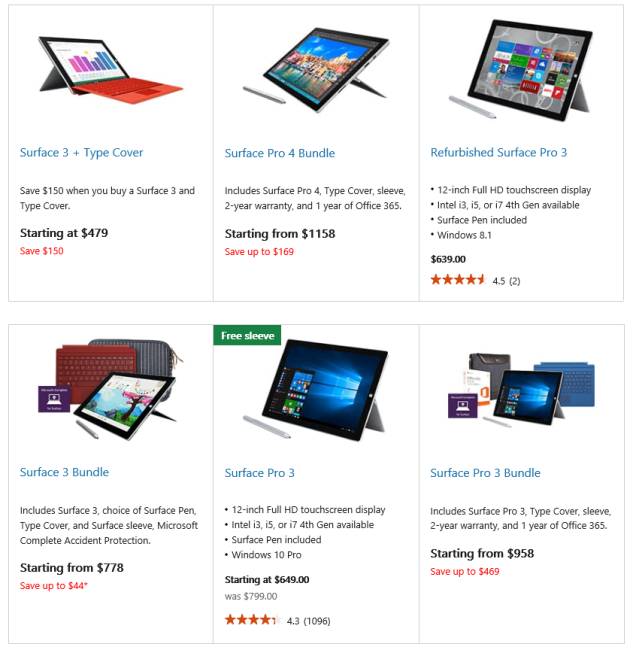 Asus Transformer Book T200TA
An 11.6-inch Windows 10 2-in-1 tablet with a detachable keyboard that locks on in a very solid manner. Powered by a quad-core Intel Atom Z3775 processor, has 32GB of storage + a microSD card slot, 2GB RAM, and 1366 x 768 resolution with 16:9 aspect ratio. Highlights include USB 3.0 and USB 2.0 ports, a RJ45 LAN jack for Internet via LAN cable, HDMI port, dual-band Wi-Fi, a 2MP front camera, a 5MP rear camera, and something as rare as the “smart drive bay”, which makes it possible to swap hard drives located underneath the keyboard of this tablet and expand storage up to 1TB. Acer Aspire Switch 10 E
With the Cyber Monday sales price on this Windows 10 2-in-1 tablet, it is the cheapest tablet in its category these days. This is the 3rd generation model in the Switch 10 series, launched in June, the 10.1-inch Acer Aspire Switch 10 E has a wide-angle IPS screen with 1280 x 800 resolution and solid Gorilla Glass, 2GB DDR3 RAM, 32GB/64GB storage and 128GB microSD card support, dual-band a/b/g/n Wi-Fi, a 2MP front camera, and a 2MP rear camera, a 8060 mAh battery with over 10 hour battery life, and a full size USB 2.0 port on the detachable keyboard in addition to the micro-USB 2.0 port on the tablet. 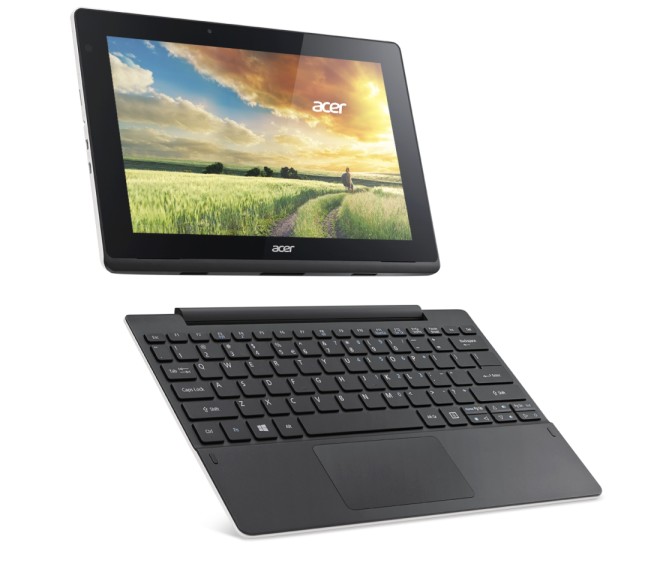 Samsung Galaxy View
Launched just 3 weeks ago, the 18.4-inch Samsung Galaxy View Android tablet is another great Samsung Cyber Monday deal which saves $100 until December 1. Got a new app a couple of days ago that turns any Android phone into a game controller, or remote control for it and even gives it a mouse cursor. Specs include a powerful Samsung Exynos 7580 octa-core processor, Full HD resolution 1920 x 1080 IPS touchscreen, 2GB RAM, and 32GB of eMMC storage with 128GB microSD card support. Runs Android 5.1 Lollipop, has complete dual-band 2.4 GHz and 5 GHz 802.11 a/b/g/n/ac Wi-Fi, a 2.1MP front camera, 2x 4 watt speakers. Samsung’s Galaxy View has a built-in kickstand with different angles, and is a great family tablet to have around the house. Samsung Galaxy Tab 4 7.0
A Samsung Cyber Monday deal send the price down on this 7-inch tablet that has been upgraded to Android 5.1 Lollipop since launch, and has a quad-core 1.2 GHz Qualcomm Snapdragon 400, 1.5GB of RAM, and 8GB storage, with microSD card support. The 7-inch screen has HD 1280 x 800 resolution, and Samsung’s 7-inch tablet also has a 1.3MP front camera, a 3MP rear camera, GPS, GLONASS, and features like multitasking support so you can run two apps at once, IR blaster universal remote control, and loads more. Samsung’s bestselling tablet is also one of the lightest 7-inch tablets at just 276 grams. 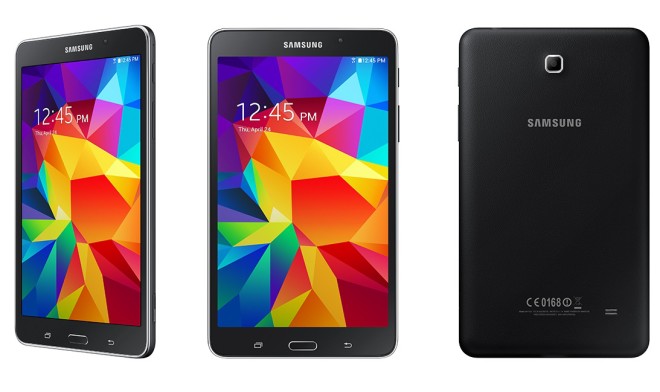 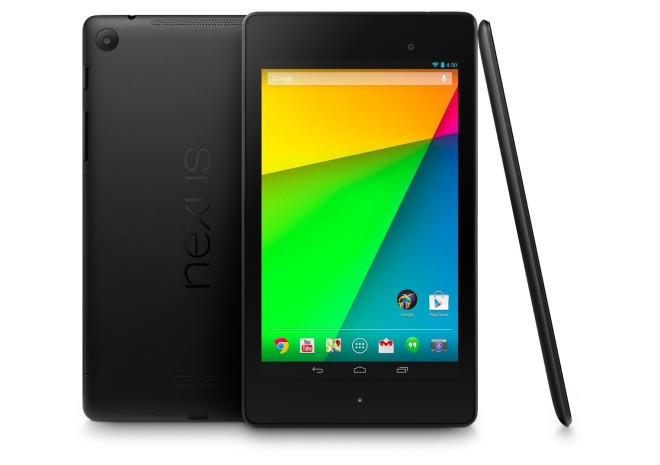 Samsung Galaxy Tab 3 Lite
This is the cheapest 7-inch Samsung tablet at the moment, with a 1.2 GHz dual-core processor, 1GB of RAM, 1024 x 600 resolution, 8GB of storage + microSD card support, 8 hour battery life, a 2MP rear camera, GPS, accelerometer, and black and white color options. It hasn’t been updated since Android 4.2.2 though, so if the latest Android features are important, there are newer tablets available, like the Nexus 7 above. 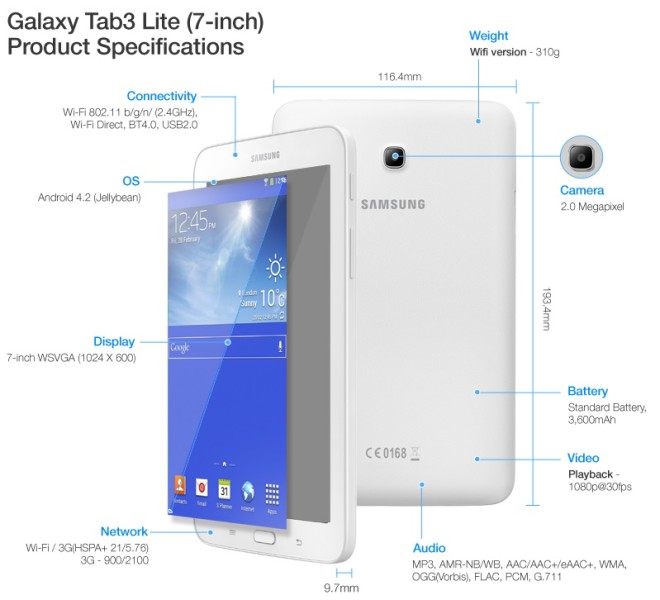 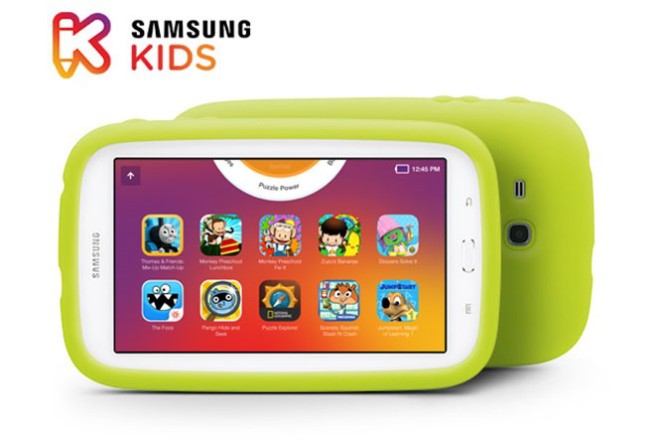 is on sale for Cyber Monday, with a discount of $200 on all the three model variations. Brought to the US in October, Vaio Z Canvas is a Windows 10 2-in-1 with up to 16GB of RAM, a 12.3-inch screen with 2560 x 1704 resolution and very good digitizer support, a powerful Intel Core i7 processor, and up to 1TB of storage. 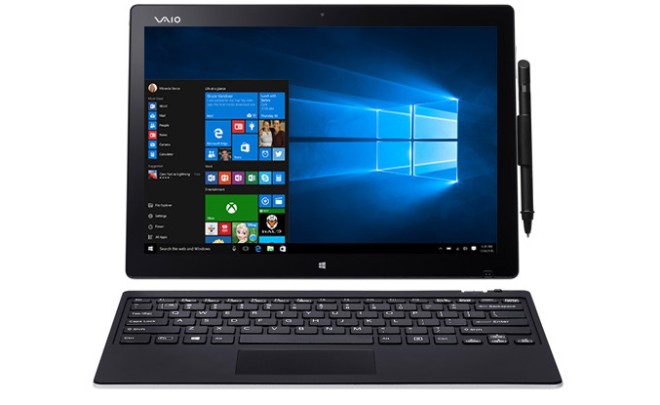 Amazon Fire Kids Edition
The new 2nd generation kids tablet that was launched by Amazon on September 30, with protective rubber case that protects both the tablet as well as children, in addition to providing better grip for a child’s developing hands. Specs include a 7-inch screen with a 1024 x 600 resolution, a 1.3 GHz quad-core MediaTek MT8127 processor, 1GB of RAM, 8GB of storage, and microSD card support up to 128GB.
Also has Dolby Audio, a 0.3MP front camera for video chats, a 2MP rear camera, accelerometer, gyroscope, 802.11 b/g/n Wi-Fi support, a USB 2.0 port, and a 7 hour battery life. It has several children’s features and good parent control, and Amazon will replace the tablet for free should there be any mishaps. 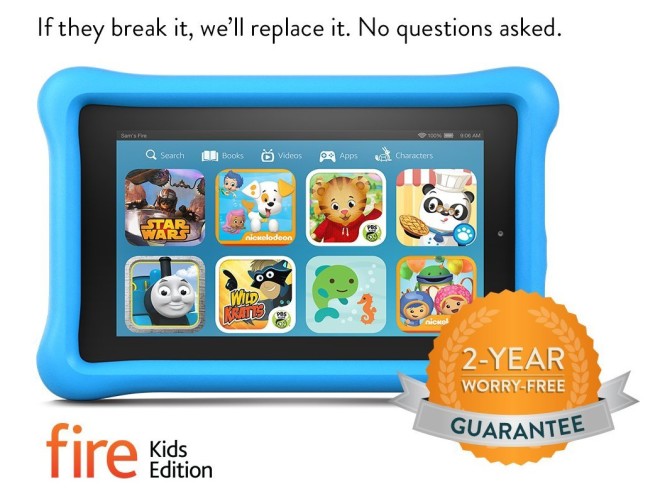 Fire HD 6
The 6-inch tablet from Amazon that was their bestseller ever since it was launched in 2014, with 1280 x 800 resolution, a 1.5 GHz quad-core MediaTek processor, 1GB of RAM, storage options of 8GB and 16GB, though no microSD card slot. Other specs include a 0.3MP front camera,a 2MP rear camera, Dolby Audio, and 802.11 b/g/n Wi-Fi. Color options are black, white, magenta, citron, or cobalt. 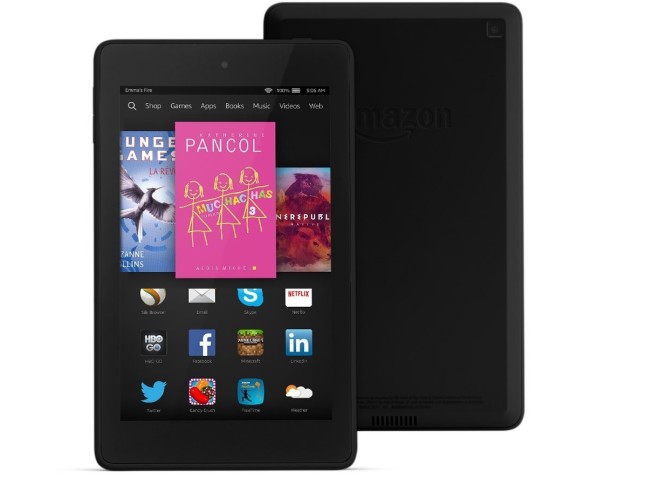 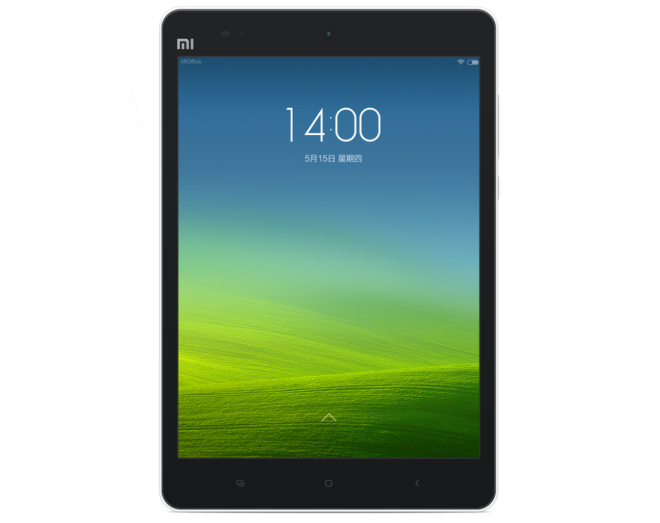 Apple tends to not join Cyber Monday in a regular way, so neither the iPad Air 2, iPad mini 4, nor iPad Pro will be given a Apple Cyber Monday discount. So the best way to save money on an iPad is to make use of the 12% discount you can get from buying it in other stores than Apple: http://www.amazon.com/Apple-MGL12LL-iPad-Space-Gray/dp/B00OTWONH6/ 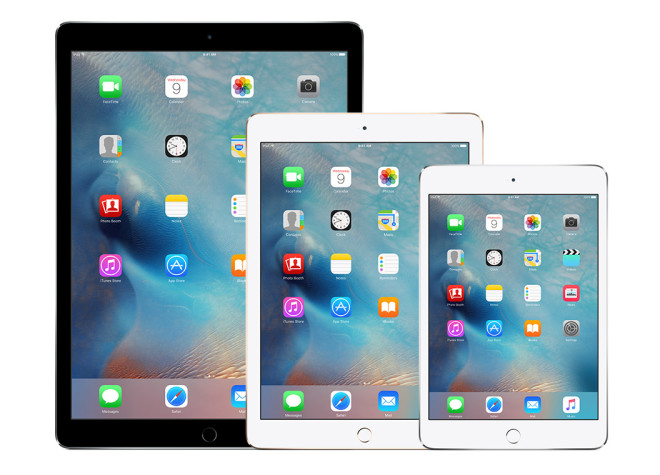 Cyber Monday is also a good opportunity to save money on tablet accessories, particularly microSD cards, cables, and a tablet cover or case, since some of these products are sold at 50% discount.

Our Cyber Monday Tablet Deals 2015 page is continuously updated throughout the hours of Cyber Monday, from Sunday November 29, through Cyber Monday, to Tuesday December 1.
Thanks for checking in :)