The Cube WP10 is a totally new 6.98-inch Windows 10 Mobile phone or phablet that was first discovered in July, before it popped up in stores seven weeks ago, but without taking orders or revealing the price. But that has changed now that Gearbest is informing us that the Cube WP10 7-inch Windows 10 Mobile 4G phablet is taking pre-orders and will be released after November 15, for a price of $139:
http://www.gearbest.com/tablet-pcs/cube426P4G

This is the first Windows 10 Mobile powered phone or tablet from Cube, a company that has produced a lot of affordable tablets over the years.

As a phablet with voice calling capabilities, it runs Windows 10 Mobile for OS, and not Windows 10 Home, so that will be interesting on a 7-inch tablet. Cube WP10 has a 6.98-inch screen with a 1280 x 720 resolution display, is powered by the quad-core Qualcomm Snapdragon 212 processor, has 2GB of RAM, and 16GB of storage with 128GB microSD card support. 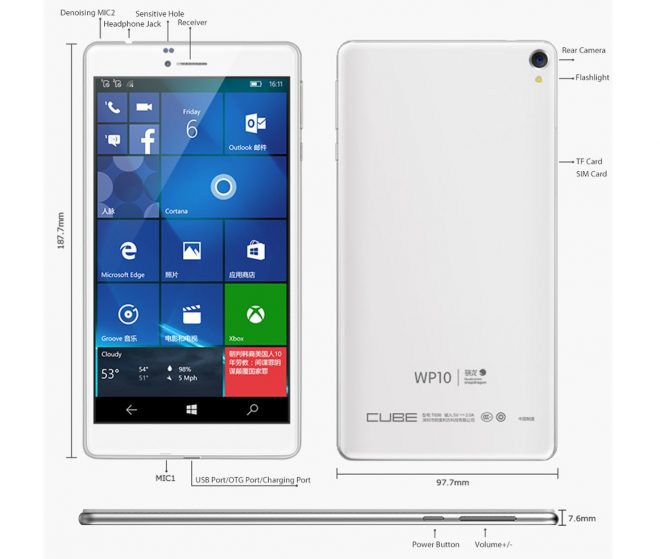 The cameras are a 2MP front camera, and a 5MP rear camera with LED flash, while it has 2850 mAh battery capacity. It is 7.6 mm thick and weighs 248 grams.

There haven’t been any new 7-inch Windows tablets since the HP Stream 7, so this will be popular. 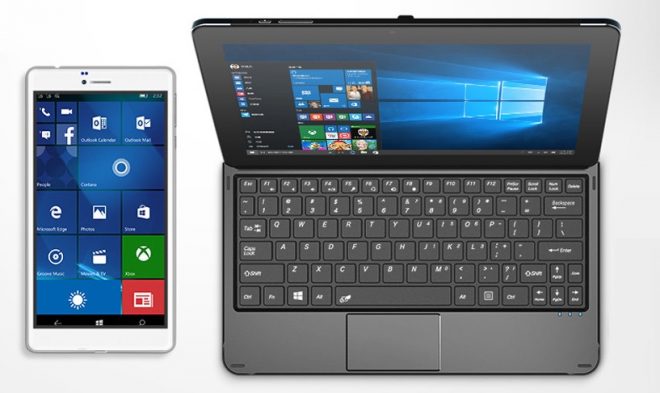