So we already have a dedicated and update Black Friday Tablet Deals list of course, but in addition to sometimes being able to score a deal on a tablet, Black Friday also offers a chance to save money on a new laptop, or other type of computer, as well as on all the many computer and tablet accessories that are one sale during parts of the Black Friday Week.

So here’s a quick Black Friday laptop and computer accessories deals guide to the most major computer deals that are either live already or start around Thanksgiving.

Laptops
Microsoft’s own store have Black Friday sale on anything from their brand new laptop Surface Laptop 3, to other laptops from Asus, Dell, Lenovo, Acer, MSI, HP, and Razer, as well as other computers, including gaming laptops and other gaming computers.
https://www.microsoft.com/en-us/store/b/sale?icid=Store_BF 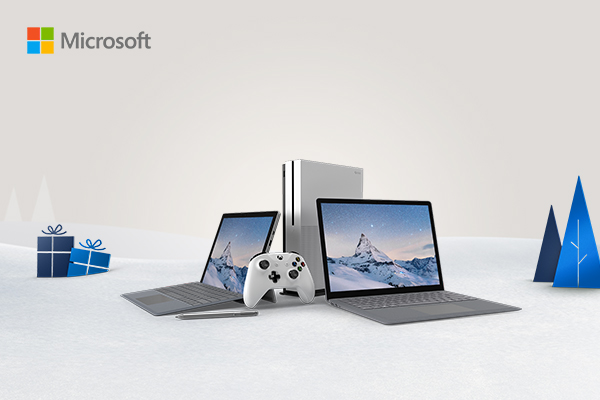 Xbox and Games
There’s Black Friday sales on Xbox games too with over 600 games to chose from, and discounts often over 50% as Microsoft Store is always generous with their Black Friday Xbox games sales. Xbox One S, Xbox One controllers, and related Xbox gear is also on sale.
https://www.microsoft.com/en-us/store/deals/games/xbox 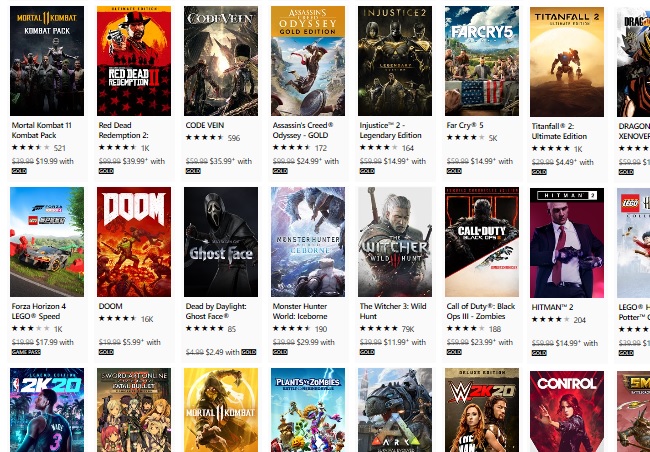 Phones, electronics, and computer accessories
Since Microsoft have been selling Android phones for a while, they also have sale on Samsung Galaxy Note10 and 10+ with free Galaxy Buds, along with some small discounts on headphones, phone gear, smartwatches, Bluetooth speakers, and even large curved monitors.
https://www.microsoft.com/en-us/p/Samsung-Galaxy-Note-10/

Samsung have Black Friday deals on a lot of the products they have launched within the last 2-3 years, basically across the spectrum, covering anything from some of their select Windows laptops, Chromebooks, to Samsung storage units from memory cards to external hard drives, to wearables, phones, and related accessories.
https://www.samsung.com/us/shop/all-deals/laptop-and-computer-deals/ 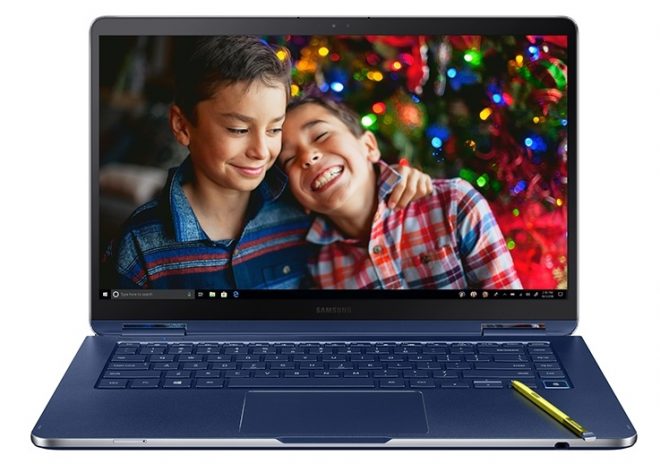 Lenovo always have a lot of Black Friday PC deals, and 2019 is no different, with sales on anything from select few quantities of doorbuster deals on top-range laptops, to cheaper laptops, down to deals on smart hubs, and hey even a Lenovo computer mouse for $7. Offers usually at intervalls with some new deals between Wednesday, through Thanksgiving, Black Friday, and then stopping on Saturday.
https://www.lenovo.com/us/en/d/deals/doorbusters

Best Buy has even more Black Friday computer deals than Microsoft Store, and benefits from also having Black Friday MacBook deals. Dirt cheap laptops can also be found, and even good Windows laptops can be found for around $350. The cheapest Chromebooks can be had for around $100, but no matter how cheap they are, they should still be avoided at that level.
https://www.bestbuy.com/site/electronics/black-friday/pcmcat225600050002.c?id=pcmcat225600050002 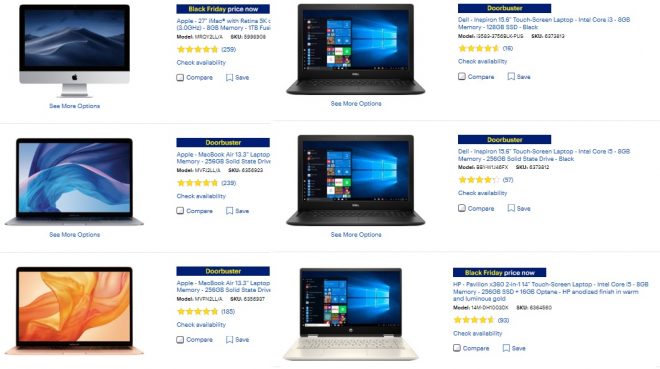 Amazon has the largest selection of Black Friday computer deals on anything from laptops to accessories, and some of the best deals are the flash deals that typically lasts for around an hour. Though with sales on small accessories like cables and plugs, to every imaginable larger item, it’s easy to save a lot by the end of the day even without waiting for some of the flash trades in computers. Software and apps are also on sale, so make sure you take advantage of that.
https://www.amazon.com/Black-Friday/b/ref=as_li_ss_tl?node=384082011 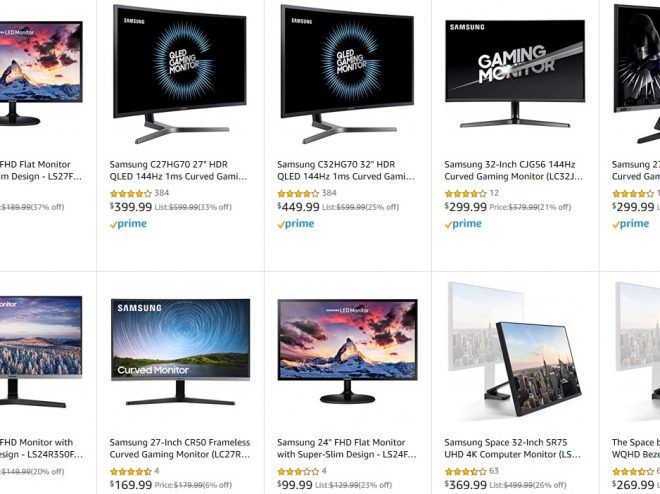 The HP Black Friday deals run across all of their consumer devices, ranging from laptops, to desktops, to printers, and computer accessories. HP also has some doorbuster deals that tend to run out of inventory within minutes every Black Friday. Make sure you also apply HP’s additional Black Friday discount codes that are listed on top of the shopping page for devices over $999.
https://store.hp.com/us/en/slp/black-friday-sale/top-deals

In addition to these major computer stores, the well established Chinese tech stores have huge selections of Black Friday computer and computer accessory deals through Black Friday week. The stores are in particular:

And to some degree Aliexpress too. It really all depends on what you may be interested in, as lots of items in every computer gear category is on sale for Black Friday Week. 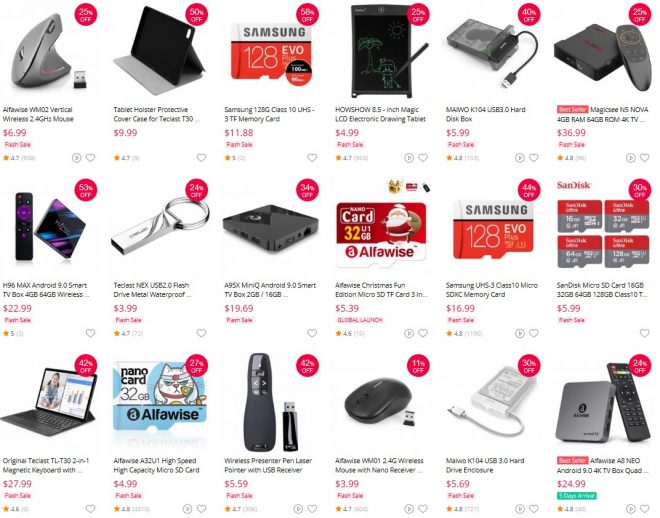 Newegg also has several laptop deals in particular through Black Friday week if you want to do some shopping there. https://www.newegg.com/PCs-Laptops/EventSaleStore/ID-44

And if you don’t mind owning one of the powerful top model laptops from Razer, then you may want to check out the Razer Black Friday deals as The New Razer Blade Stealth 13 & 15 are on sale, together with Razer Blade 15 and Razer Blade Pro 17 through Black Friday Week.
https://www.razer.com/promos/cyber-weekend-black-friday 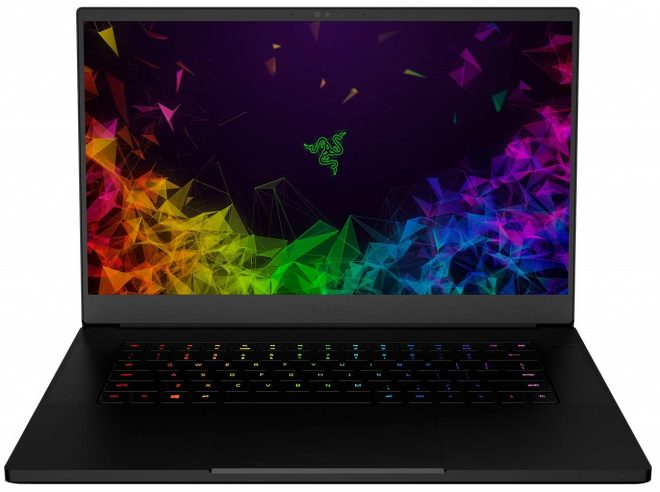 Acer store is joining the Black Friday discounts too, with sales on both 2-in-1 Windows tablets, AIO’s, and even their hot new ConceptD flagship laptops.
https://store.acer.com/en-us/