All computer stores have Black Friday computer deals in one form or another around the Black Friday, the day after Thanksgiving. So whether you need some computer gear yourself or you are checking off your Christmas gift shopping, having a look around will possibly let you save some money.

So here’s a quick guide to the computer stores you should check out to make sure you are not missing out on anything or any Black Friday computer deal. For tablet sales in particular, check out our Black Friday tablet deals page. 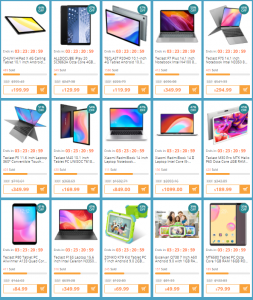 Amazon has Black Friday computer sales on a lot of items in every category, including software and services, so that’s always a good place to start the search, as many good products are as much as 20-40% off, including the new 8-inch Fire HD 8 tablet for just $54.

Best Buy has the same Black Friday prices as Amazon on almost all computer products, as long as they sell them, but if something is sold out on Amazon, it’s a good second option and the deals are sorted a bit different.

Microsoft Store should be checked out online now that it has closed all it’s physical stores this year. Microsoft Store doesn’t just sell Windows computers where there are deals on all their Surface computers and from other brands. They’re selling Android devices too, along with apps, games, a computer gadgets. They also sell some unusual bundles, such as Samsung tablets with Office included.

Lenovo keeps rotating its Black Friday deals, inclduing their doorbuster deals, but it’s an opportunity to buy some of the laptops that they’ve launched during 2020 with a discount.

has a few Black Friday deals, but they are sometimes different from the deals others are offering, such as a free gaming controller with the purchase of a Galaxy Tab S7 tablet PC.

HP has Black Friday computer deals that others haven’t got. Their webshop is connsidered a little disorganized, so you’ll have to click around in each category to find a sale that possibly suits you.

has every conceviable computer product on sale for Black Friday, where the already low prices are even lower. The only downside is that the free shipping can take a little longer than others. But if you’ve already saved money on the product, it often makes sense to pay for faster shipping instead.

Gearbest is another Chinese electronics store with certain good Black Friday sales that are worth having.

And last and least we have Razer who went straight to Cyber Weekend so you know the deals will be the same throughout the week, but their deals are mainly limited to their own products. 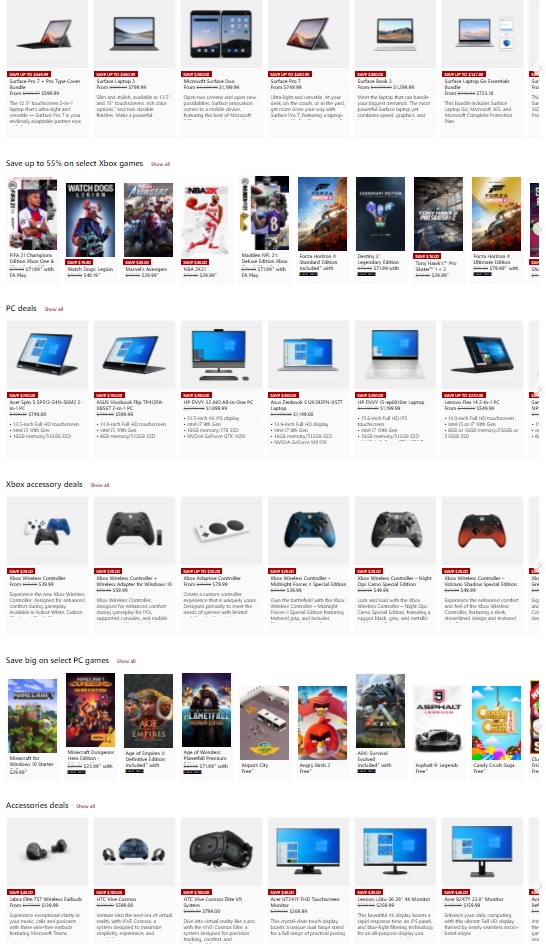