Binai shows some promise now and then, so every once in a while they launch a new tablet that deserves a look. 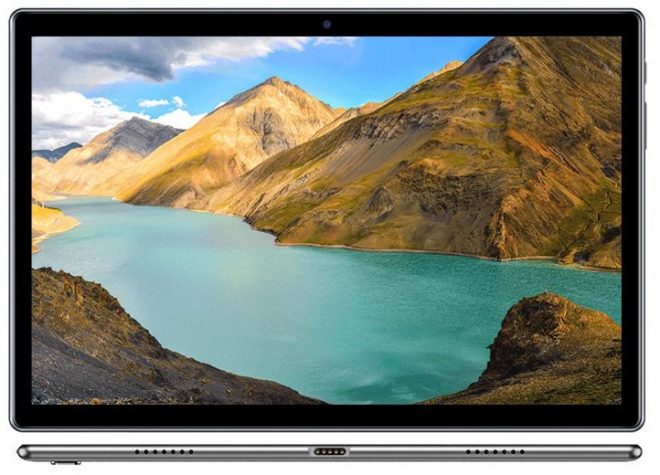 This doesn’t appear to contribute much though, because this is yet another Unisoc powered tablet, in this case by an octa-core SC9863A processor. So I don’t expect benchmark scores to even reach 1,000 in single-core on Geekbench 4, and only somewhere between 3,000 and 3,500 in multi-core.

Options are between 64GB and 128GB of eMMC storage, and black or white bezels.

It actually has a 13MP rear camera with LED flash, and a 5MP front camera.

It’s also just 7.8mm thick, so there are a couple of good things about this tablet.

Elsewhere we are looking at Wi-Fi 5, Bluetooth 5.0, a 6000 mAh battery with an 8 hour battery life, a USB C port, and stereo speakers.

The design is functional and the back has a brushed steel look. It has pogo pins for the optional keyboard cover too.

So even if this Binai tablet isn’t all there, it shows that Binai wants to be in the tablet game, and that we may be able to expect something more exciting later in 2020 or in 2021.