Belkin announced their entry into the audio speaker category at CES during the start of the year with the Belkin SoundForm Elite, and now this somewhat clever speaker is launching for $299: https://www.amazon.com/Belkin-SoundForm-Voice-Controlled-Bluetooth-Technology/

There’s quite a lot of speakers for tablets and smartphones on the market by now, so what makes the Belkin SoundForm Elite stand out is its triple combination of features, which includes a Hi-Fi speaker, a smart speaker with Google Assistant, and a wireless charger.

Wireless charging is a very clever feature to include on a speaker of this kind, so that piece of technology is more than welcome, and a bit overdue to be honest. The fast wireless QI charging supports both the latest iPhones and Android phones at up to a 10 watt charge. 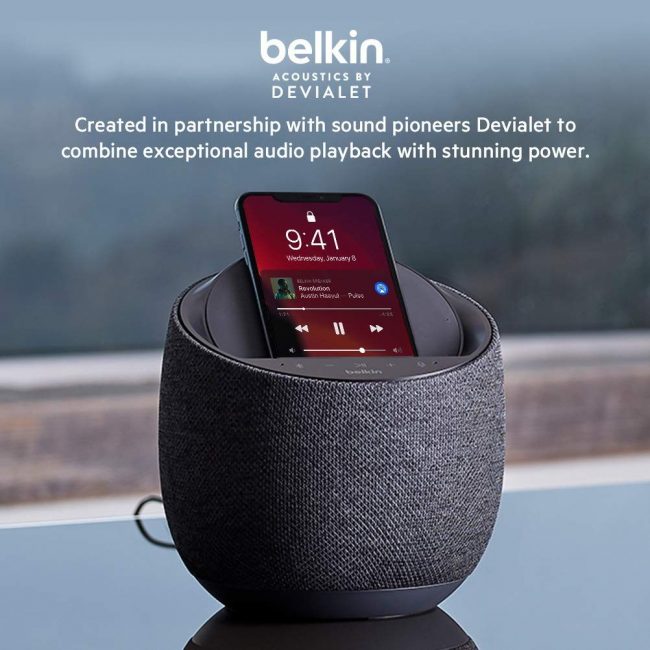 Belkin didn’t develop the audio portion themselves though, instead they got the audio system from high-end audio systems Devialet. And that has given the Belkin SoundForm Elite some unusual features such as a “Push-Push” vibration cancelling bass boost.

Despite being a single audio speaker with mono it still features 2x 60 watt woofers, and 1x 30 watt full range speaker. The customer reviews from those who got the first pre-orders directly from Belkin, all seem to be satisfied with the audio quality, so the audio technology appears to hold up to its promises.