Asus launched a Verizon exclusive (US) 8-inch tablet last year called Asus ZenPad Z8, and today a new tablet that by every account looks like the predecessor to this tablet had its FCC approval published. Carrying the model number ZT582KL, it got some of its specs revealed in the process.

We can just make out the perforated speakers on the bottom of the tablet though from the illustraation, along with the audio jack, and presumably a USB port. The camera and the buttons seem to be in the same place as before otherwise. And as you can also see, the Asus ZT582KL is a tablet earmarked for Verizon Wireless too. 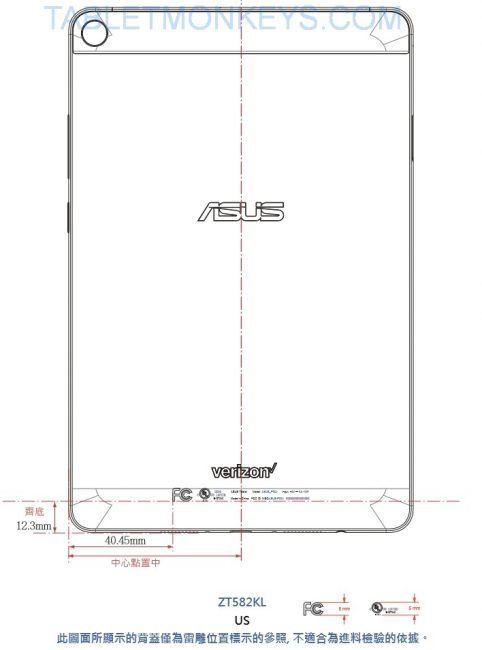