A new 8-inch Asus Android 6.0 tablet was benchmarked in January without a model name other than Z581KL, but with specs similar to the existing Asus ZenPad S 8.0 tablets. Now a source tells us that a model called Asus Zenpad Z8 will be launched on Verizon on June 23.

And the Asus Zenpad Z8 is leaked with specs such as a hexa-core Qualcomm Snapdragon 650 processor, an 8-inch screen with 2048 x 1536 resolution, 2GB of RAM, 16GB of storage, and a 1.8MP front camera and 8MP rear camera. In other words, specs identical to those that we discovered in January, as you can see in the benchmark results below.

So we can add then, that the Asus Zenpad Z8 will also have a Qualcomm Adreno 510 GPU and run Android 6.0 Marshmallow. 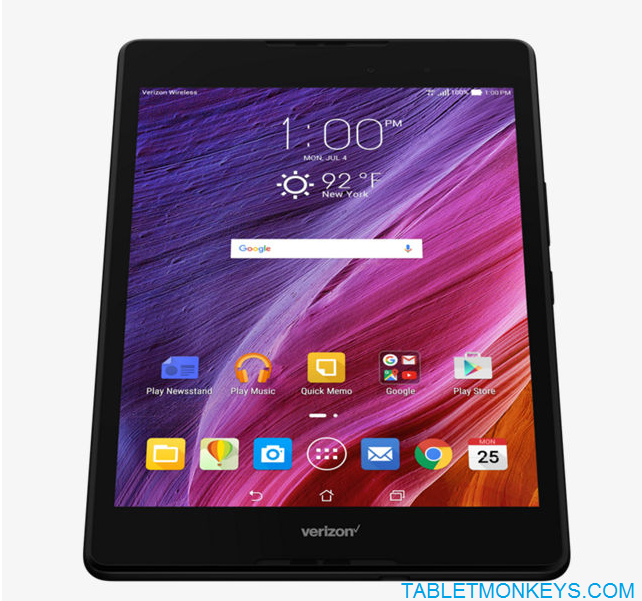 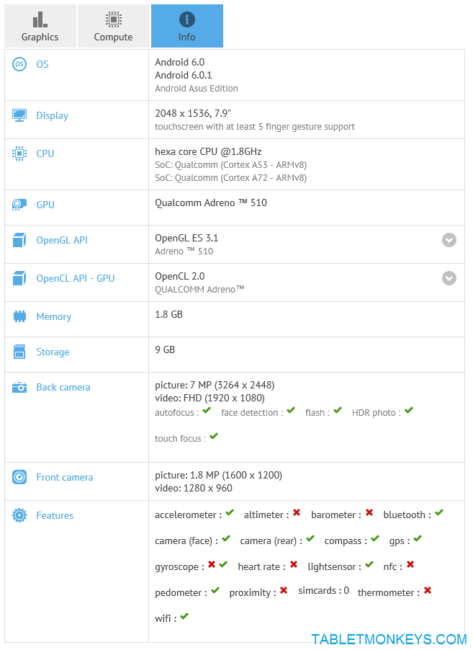