The 8-inch Android tablet Asus ZenPad 8.0 (Z380KL) that was launched last year just got upgraded to Android 6.0 with an OTA update that started in Japan overnight.

Make a note of the model, as the Z380KL version is the 4G LTE model. The cheaper new 2nd generation Asus ZenPad 8.0 ‏(Z380M) already has Android 6.0, after it was launched just before the summer now in 2016.

Asus says that some of their ZenUI apps will be deleted with the update, but that these apps can be downloaded and installed again. These apps are the calendar, messenger, email, music player, PC Link, Remote Link, and “What’s next”. 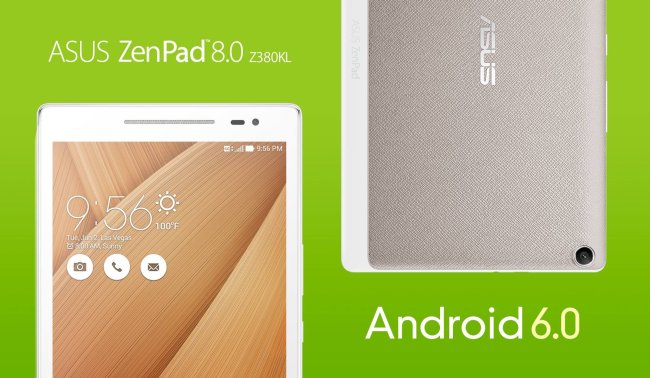