The Asus ZenPad 3S 10 (Z500M) is being released onto the market today on November 5th, after taking orders for 4 weeks ahead of todays launch. Asus ZenPad 3S 10 is a brand new 9.7-inch Android 6.0 tablet with a 2048 x 1536 resolution display, a powerful hexa-core processor, and 4GB of RAM, released for just $299. https://www.amazon.com/gp/product/B01MATMHJT97XZV

And the other specs are good too, so this new Asus tablet offers a lot of bang for the bucks. The ZenPad 3S 10 have been teased ahead of launch by Asus for weeks seen in the tweets below, but without Asus specifying the released date to the public. After we started leaking this tablet months ago, it was finally unveiled in Taiwan on July 12. But today both the Titanium Grey and the Glacier Silver models are starting to ship. But with the Asus ZenPad 3S 10 being one of the best tablets of 2016, it might sell out now and then, but at least it has been officially released.

I imagine this is a tablet that will become a hot Christmas gift this year too, given the ratio of the very high specs and low price, and a release date that suits this holiday season just right. 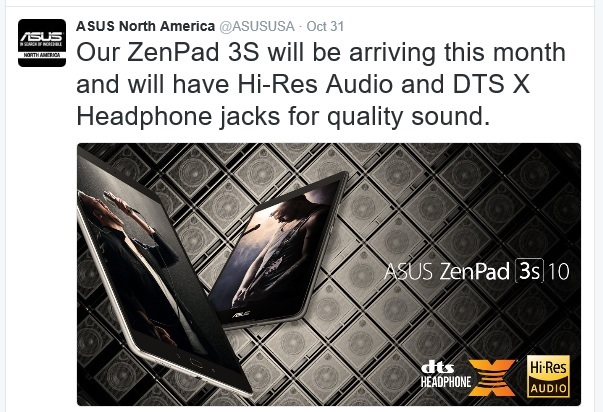 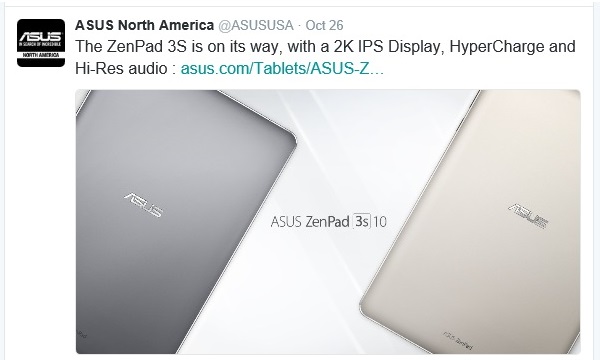 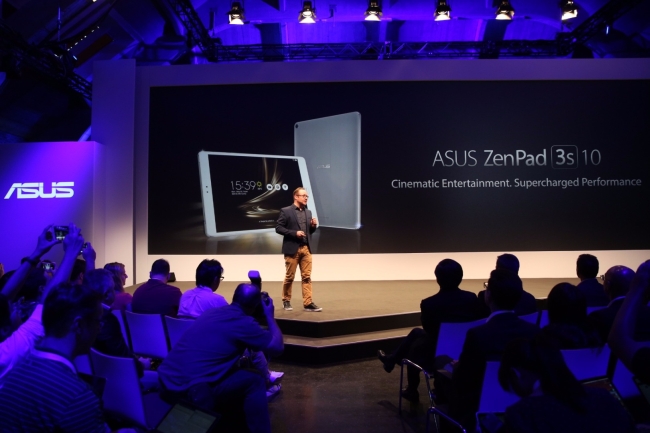 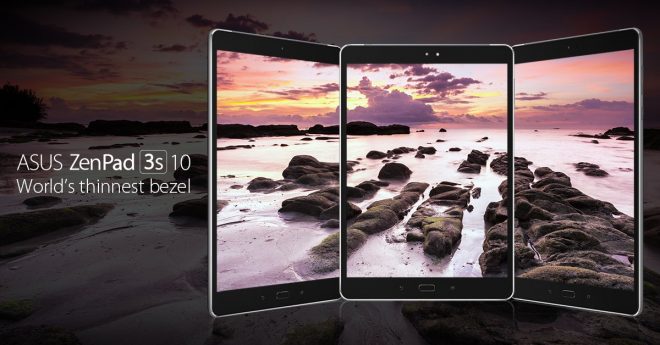