The keyboard was launched at the same time as the tablet, and was originally called Asus ZenPad 10 Audio Dock, which was a little confusing, since this was both a keyboard as well as an audio-booster with two 2 Watt speakers built into the keyboard for volume and sound enhancements. 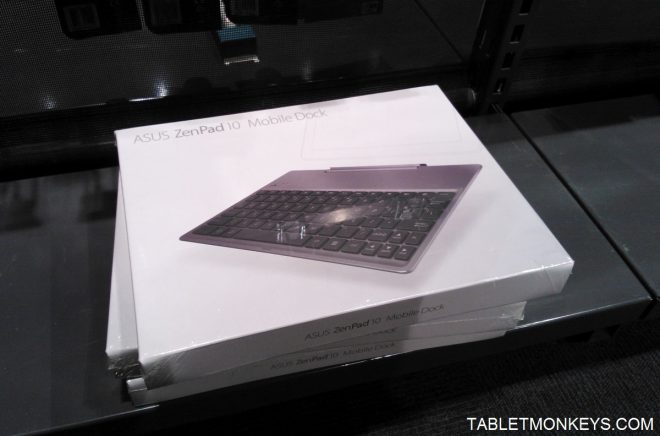 So later on the same keyboard became known as the Asus ZenPad 10 Mobile Dock instead, a spokesperson from Asus told me today. Which means that the keyboard is pretty much the same keyboard as before and will fit both models of the tablet from what I am being told, even if the model name is DA01 for the Audio Dock, and DK01 for the Mobile Dock.

There are two color options for the Asus ZenPad 10 keyboards, which is either a grey keyboard or a champagne gold/white combination of the keyboard, so that the keyboards will match the tablet colors.

The Asus ZenPad 10 keyboard and audio dock can be used as speakers for 12 hours before needing to charge again. It also has a Bluetooth wireless range of 10 meters, and when the audio dock keyboard is used with the AsusZenPad 10, it offers DTS-HD Premium Sound audio features too. But you can use the audio dock as a set of Bluetooth speakers for any other device you have music coming from, such as a smartphone, computer, or any other tablet computer you may have as long as it has Bluetooth. 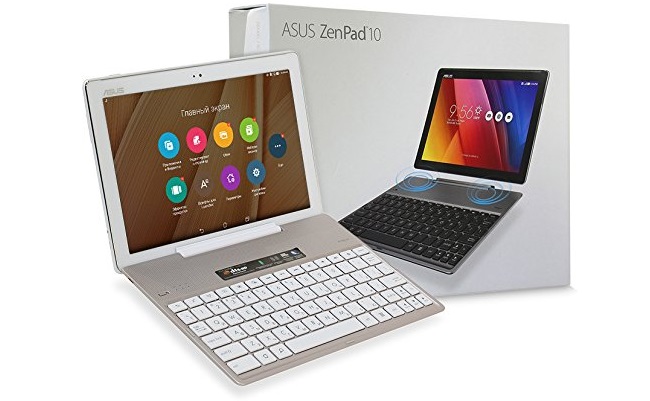