The new 10.1-inch Asus Transformer Pad TF103 that we first heard about in March have finally been confirmed with Asus unknowingly leaking some information of their own, in addition to some retailers even leaking the entire specs sheet.

The Android 4.4 tablet Asus Transformer Pad TF103C will run the Intel Atom “Bay Trail” processor Z3745 at 1.8GHz. The price in the US should be $299 or less, at least the rest of the specs doesn’t warrant a higher price than that. But this price includes the keyboard dock (by comparison, the high-end Asus Transformer Pad TF701 sells for around $369 these days).

And these specs are a 10.1-inch screen with a 1280 x 800 resolution IPS display. RAM counts only 1GB, so this really is a entry Transformer Pad, like the 100-series name already indicates. Storage options are 16GB and 32GB with memory card expansion support up to 64GB. 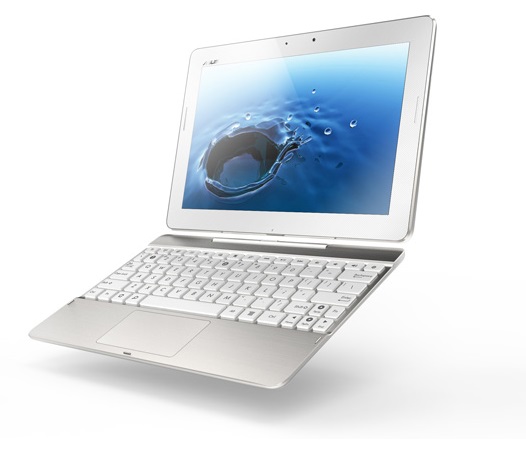 The battery capacity is 5070mAh, while the Asus Transformer Pad TF103 weighs 542 grams. The keyboard/dock weighs 540 grams. The tablet is 9.9mm thick. Color options are white and black.

The front camera is a tiny 0.3MP camera even though better tablet cameras cost just a dollar more from the manufacturer. The rear camera is a 2MP camera, which is very little by today’s standards.

Ports include 1 USB 2.0 port and a 3.5mm headphone jack. In addition to the 802.11 a/b/g/n Wi-Fi, it has the latest Bluetooth 4.0 for connectivity and tethering with smartphones.

The US launch time is unknown at the moment, but it will be released in Europe on July 9.