The Asus Transformer Pad TF701 have been released ahead of time in the US even if release date was November 5, taking orders for $449 with 32GB memory: http://www.amazon.com/Asus-TF701

It’s closest cutting-edge competitor would be the new Samsung Galaxy Note 10.1 2014 Edition, but differ on processors and chipset, battery life, price, and the skin and ecosystem extras that slightly sets these two tablets apart. Asus even has the Microsoft Office compatible Polaris Office pre-installed on this tablet. 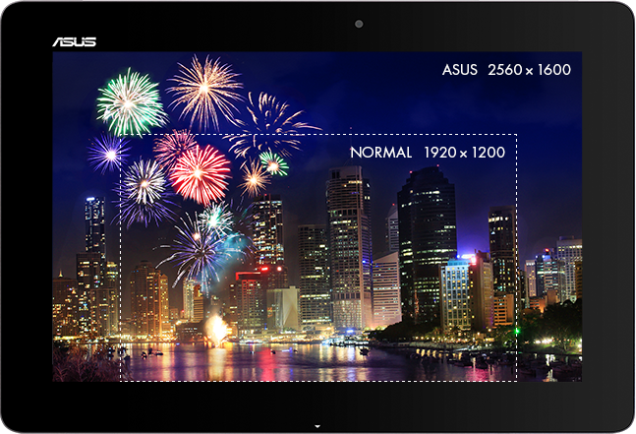 The new Asus Transformer Pad Infinity TF701 is trying to accomplish the same things by being great in all areas. Not everyone will agree with the choice of a Tegra 4 processor, but the predecessor ran a quad-core Tegra 3 processor without that hampering its popularity.

In fact, the snappiness of the Tegra 4 processor and the way it loads apps quickly, runs FHD video smoothly at 60fps, and runs games without hiccups is seen as a selling point to a lot of the people who have been queing up for the New Transformer Pad.

A closer look at the Asus Transformer Pad Infinity TF701 is well worth it for those wanting the best 10.1-inch Android tablet on the market today. To begin with, the 400 nits 10.1-inch display is extremely bright, though you can adjust the screen any way you want from the display app. The 2560 x 1600 resolution IPS IGZO-TFT (Indium Gallium Zinc Oxide) display with 300 ppi is crystal clear and sharp. The screen has 178-degree viewing angles and 10-finger multi-touch support if you want to play a piano app.

The 1.9GHz quad-core Nvidia Tegra 4 (T40X) ARM Cortex-A15 processor together with the 72-core GeForce graphics processor ensures a battery life as long as 13 hours, which is the best battery life of any 10-inch Android tablet of a quality worth considering. The Li-Polymer battery has a 31Wh, or 7820mAh capacity. But, you can extend the battery life up to 17 hours if you buy the optional keyboard dock “Mobile Dock” with its own built-in battery. 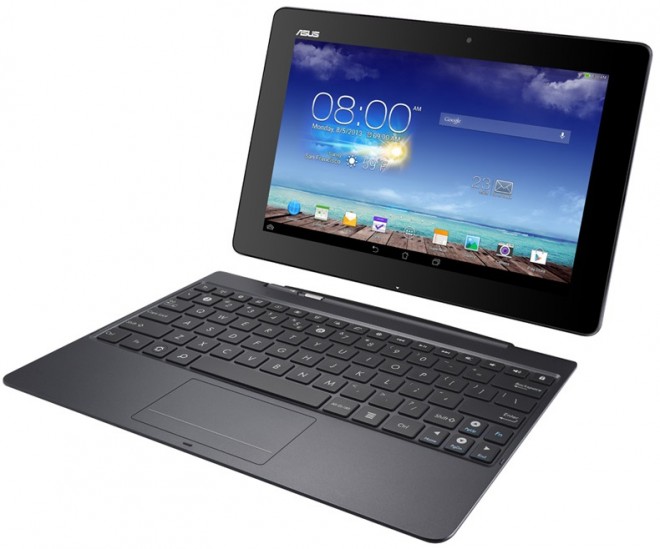 Asus Transformer Pad Infinity have 2GB of DDR3 (1600 MHz) RAM. Memory options are either 32GB or 64GB but there’s not small 16GB version of this tablet. The microSD expansion slot supports a maximum of 128GB! Try and find a tablet that beast that. Additionally, Asus is giving customers 5GB of life time Asus Webstorage Space in the clouds.

The connectivity options are Wi-Fi 802.11 a/b/g/n, Bluetooth V3.0+EDR, and Miracast Wi-Fi video streaming that can mirror the tablet display onto a HDTV.

The sound on this tablet is among the best. Asus is boosting sound through their own Asus SonicMaster resonance chambers technology, together with the Audio Wizard app with optimal settings for movies, games, speech, recording, music, and power saving mode. The sound is better than on any of Samsung or Sony’s tablets. 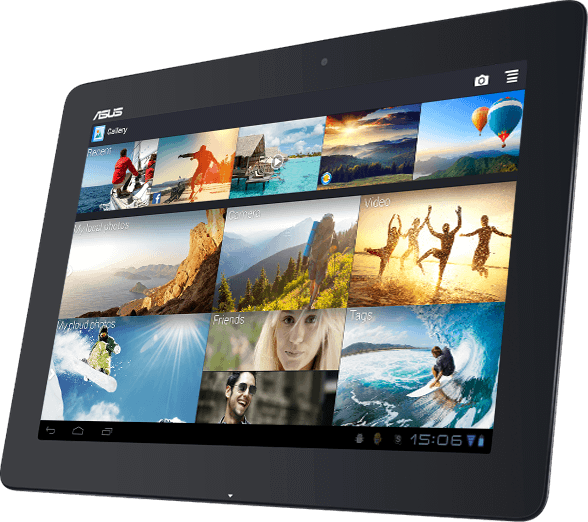 The design is as you can spot from the pictures, a metallic case that wraps tightly around it. The thickness of the tablet is 8.9mm, while the weight is 585 grams. By comparison, the Galaxy Note 10.1 weighs 535 grams while the Toshiba Excite Write with the same resolution weighs 671 grams.

With the optional Mobile Dock you get even more out of this tablet, with a full sized keyboard with multi-touch touchpad.
And of course you get 4 more hours of battery life from the 16Wh Li-polymer battery. So that’s a combined 17 hour battery life. Additionally it provides a USB 3.0, which is always useful, and a full sized SD/SDXC card reader. The mobile dock costs $139 though (Asus TF701TDOCKAD02 Mobile Dock

Asus is also releasing a TransCover made for the Asus Transformer Pad Infinity which will be just like all the other Asus TransCovers with automatic sleep and wake functions, a microfiber interior and cushioning polyurethane exterior, and a multiple kickstand angles.

See more of the Asus Transformer Pad Infinity TF701 in store, or in the pictures and video below.
http://www.amazon.com/Asus-TF701T 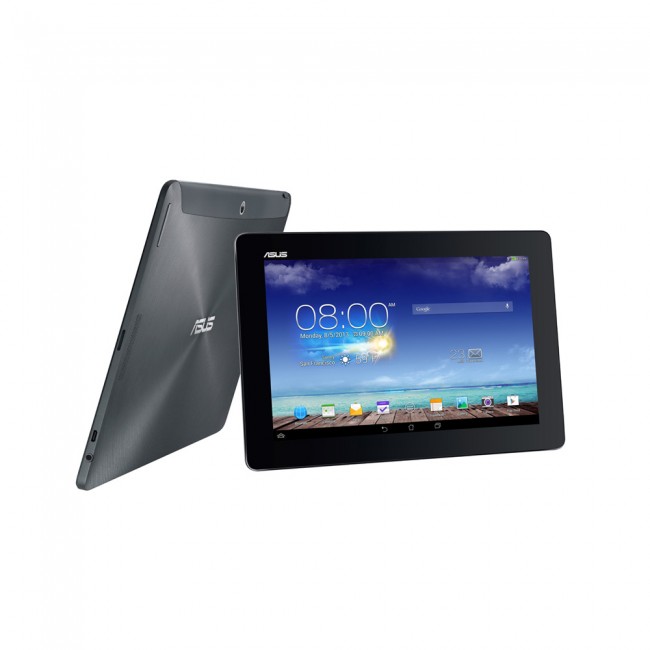 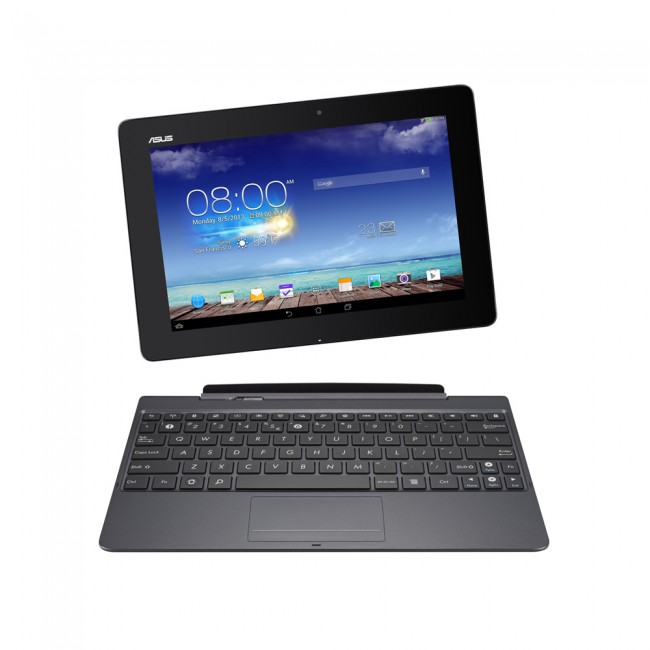 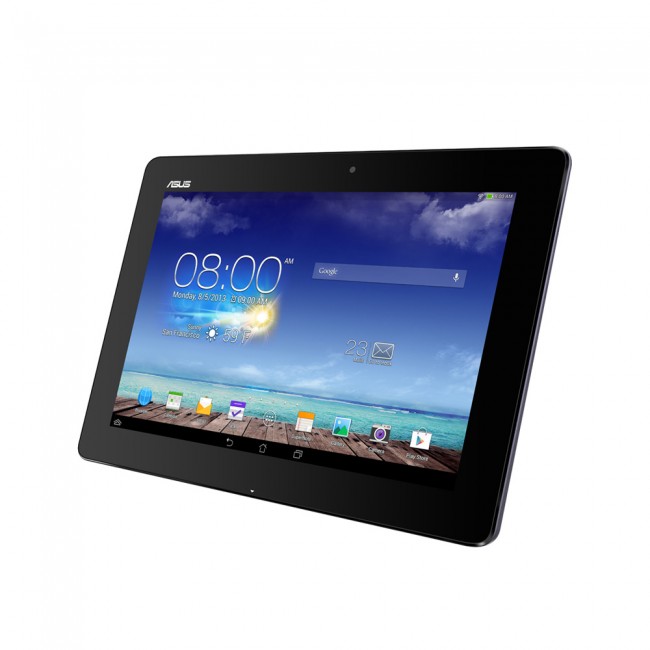 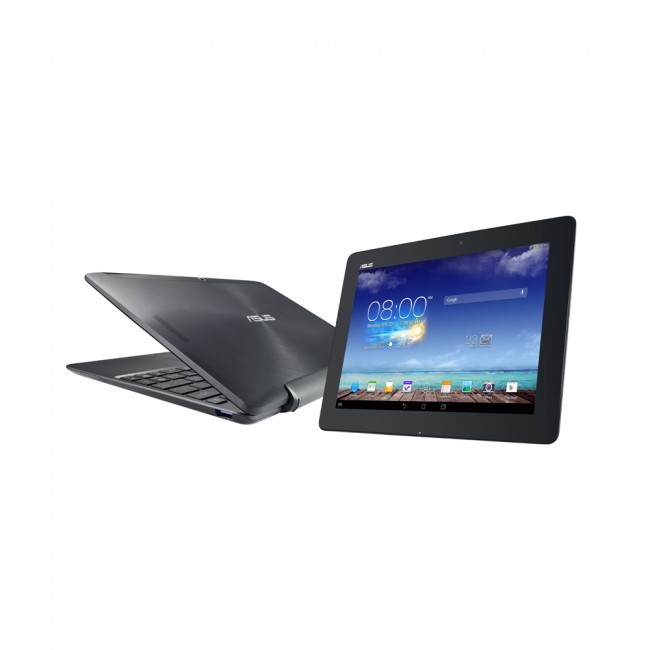 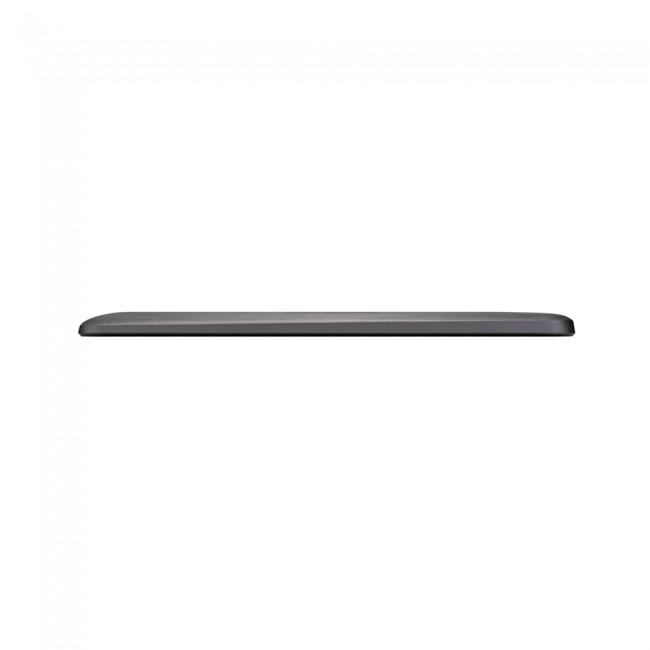 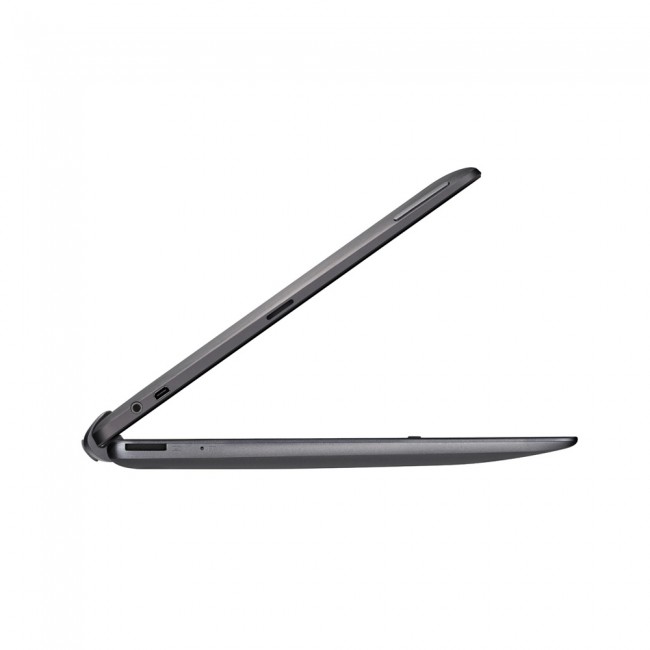 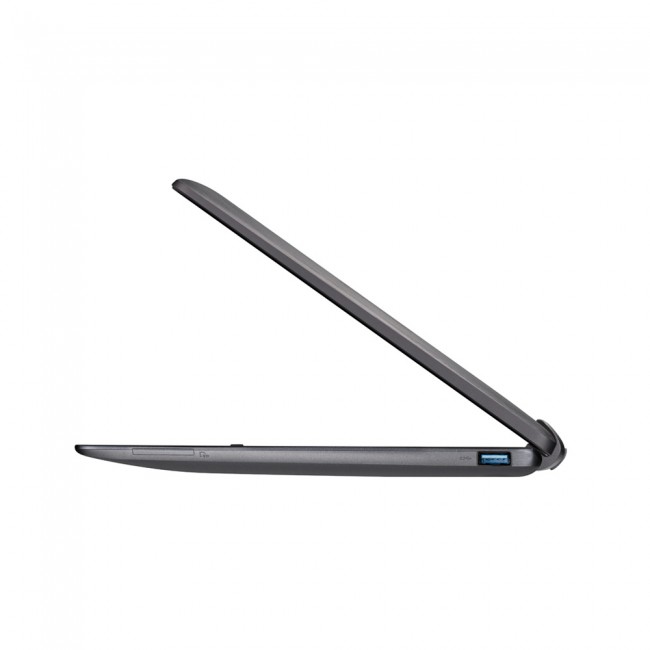 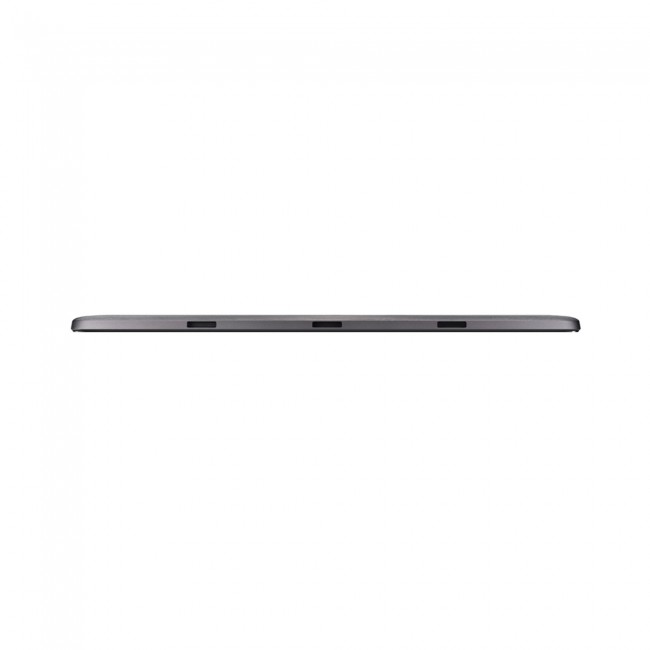 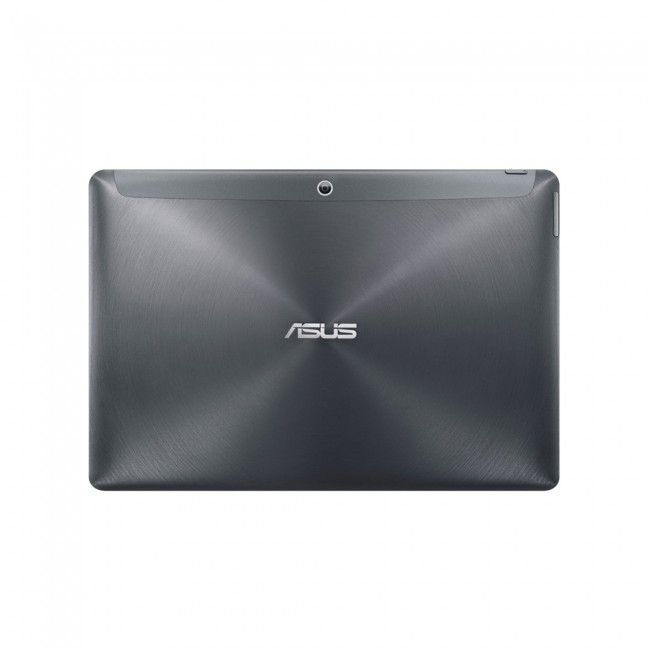 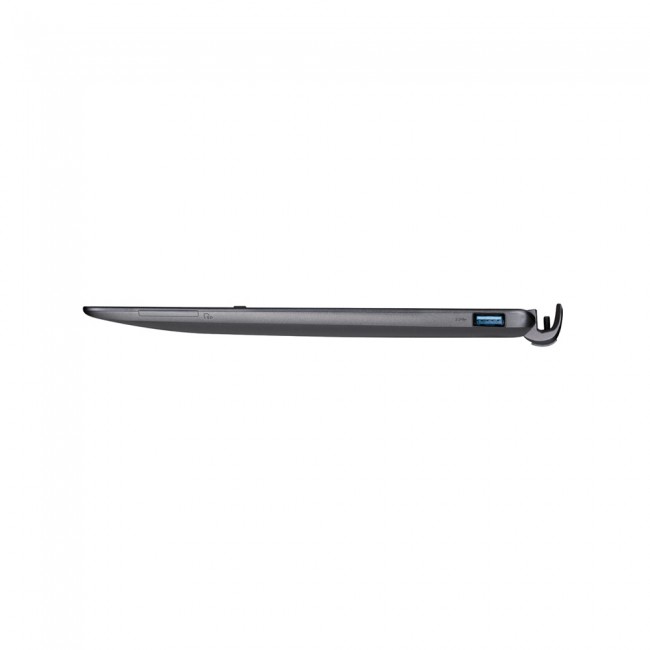 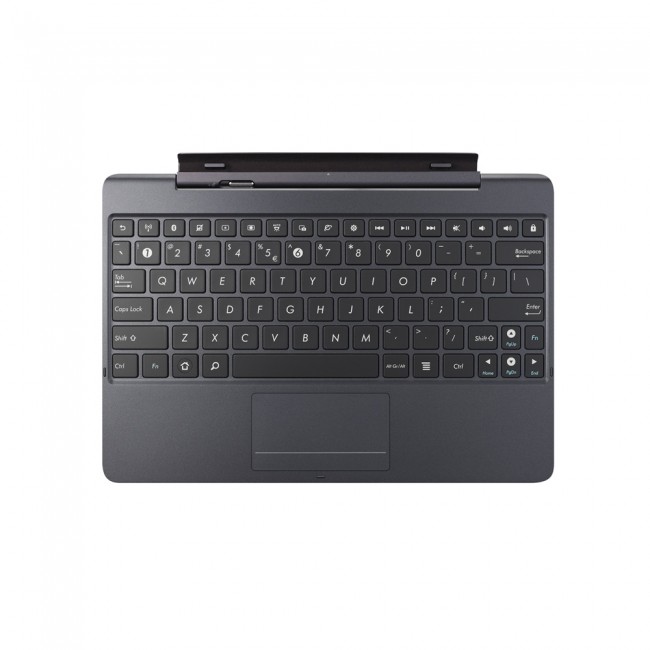 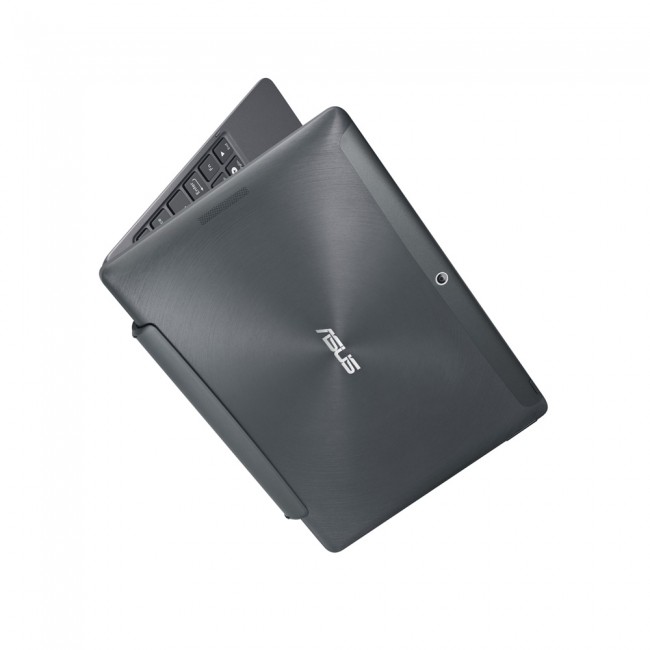 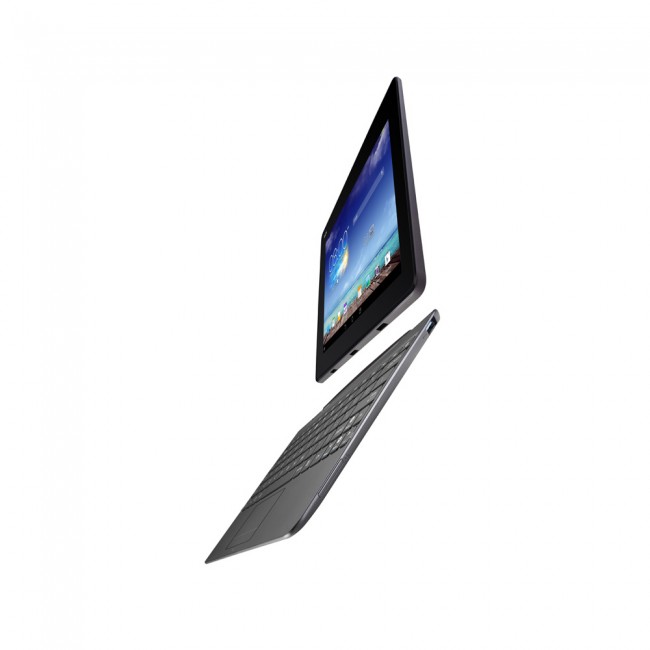 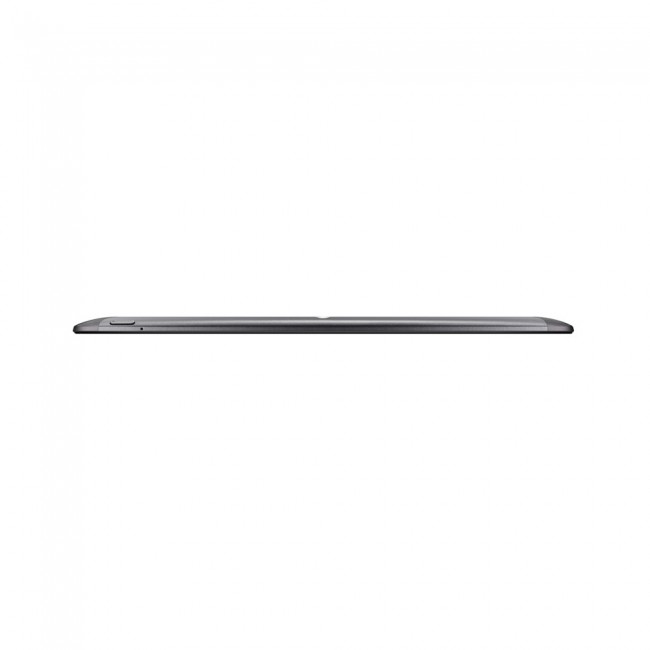