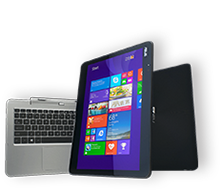 (UPDATED: Due to the Intel Core M processor on board, there are delays with this tablet as with every other Intel Core M tablet. So in Europe the launch have been moved forward to December 2. It’s in stores in Germany and France though.)

So, on to the goodies. The specifications for this tablet makes it something of a cheap alternative and competitor to the highly rated Microsoft Surface Pro 3.

As you would expect, the processor here is the new 800 MHz Intel Core M-5Y10 processor with a 2.0 GHz Turbo speed, a processor we will see more of over the next year. This processor is supported by 4GB RAM, while storage configurations will vary, like on all Asus Transformer Book 2-in-1’s, which means 32GB/64GB options in the tablet, with an additional 500GB in the keyboard dock. And like the Asus Transformer Book T200, it has the Asus Smart Hard Disk Tray, which is a way to swap SSD hard drives easily in one, two, three. That way you’ll never run out of storage. And it still has the good old microSD card support in the tablet too, so at least storage will never be an issue. 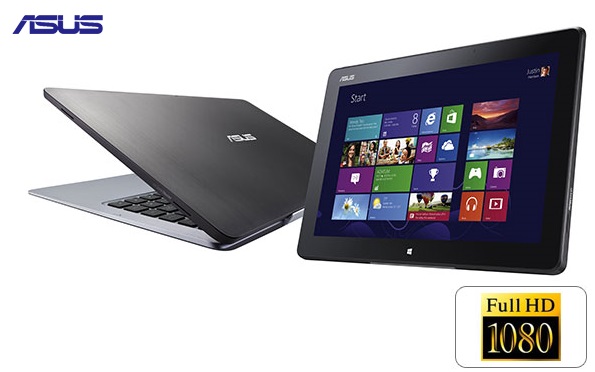 The screen is obviously of great interest. It measures 12.5-inches across the screen and has Full HD 1920 x 1080 resolution from an IPS display.

There are plenty of plugs and ports, like one USB 3.0 port, one micro-USB 2.0 port, one regular sized USB 2.0 port, Ethernet port, and a micro-HDMI port. It also has a 2MP front web camera, and a Full HD 5MP rear camera.

The combined weight for the Asus Transformer Book T300FA with a 500GB keyboard dock is 1.5 kg though. The tablet weighs 800 gram, and the keyboard 700 gram.

We will update once we have more official details closer to launch, since this tablet hasn’t been officially unveiled by Asus yet. 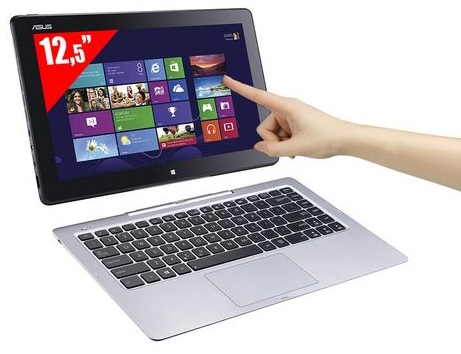