Asus have had a mystery tablet up its sleeve for a long time called Asus T90 Chi, which we have been waiting eagerly to catch a glimpse of. It was first heard of in October, when we noticed it listed at the Wi-Fi alliance’s website. Now the docking for it have been through the FCC.

And the FCC documents gives a little more to go on. The tablet itself could now be a 8.9-inch tablet, while the dock is called Asus T90 Chi Mobile Dock.

We then got to see a sketch of the relative dimensions. With CES kicking off next week, we’ll cross our fingers for the appearance if this tablet, along with all the other new tablets Asus have been holding back from us. 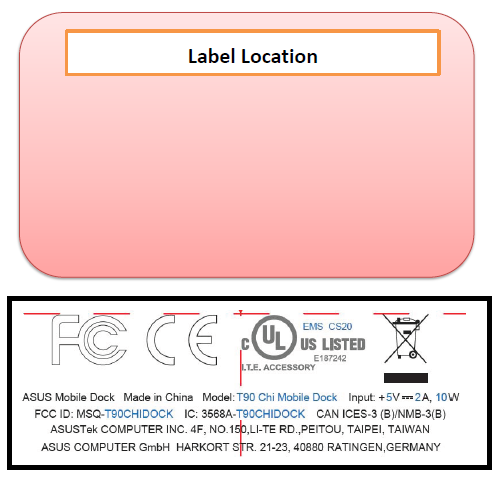