Asus loves their PadFone’s and must obviously be enjoying success with the many of them out there since yet another PadFone have just been sent through FCC, two months after it was first spotted gaining Bluetooth certification.

All we have to go by so far is the back label that was photocopied in the FCC filing and from reading the papers it’s also disclosed that it’s a 4G LTE device. The model number is T00S, while the full name is Asus PadFone x mini. 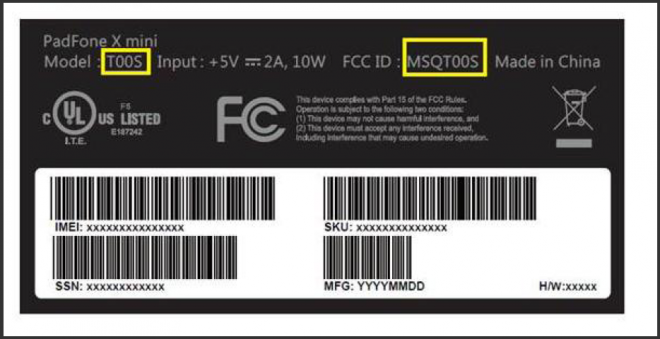 The Asus PadFone X was released in the US in June. And considering the FCC filing, we should expect to see the newcomer Asus PadFone x mini become available from AT&T and possibly others too during fall. Before then, the Asus PadFone S will have been released as well.