Asus took the wraps of their newest tablet computer product today, which is the Asus Padfone mini 4.3 – a tablet with a smartphone that connects to the back of the tablet.

Asus have made 4 such Padfone devices before, but these were all 10-inch tablets with smartphones. So the Asus Padfone mini is the first smaller 7-inch tablet that features a smartphone riding piggyback.

(UPDATED: Asus PadFone mini 4.3 has become available in stores since this publication.)

The specs for these two devices are the following:
The Padfone mini Android 4.3 smartphone is powered by a 1.4GHz Snapdragon 400 processor and has 2GB LPDDR2 RAM. The display measures 4.3 inches with a 960 x 540 resolution (which gives it 256 ppi). It has a 1500mAh battery and weighs 105 gram. 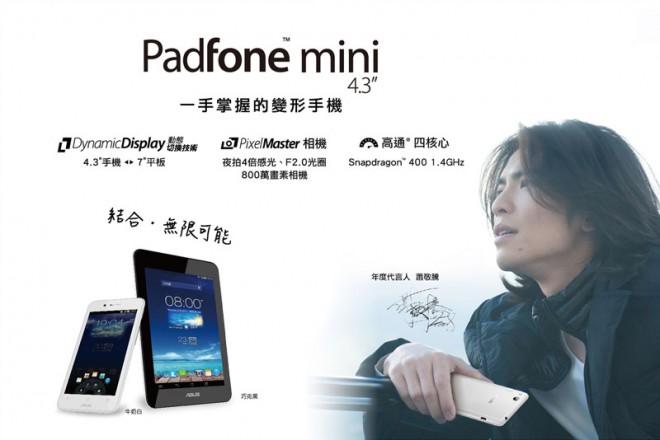 Despite its December unveiling, Asus won’t release the new Padfone mini in the US before April, May or June 2014, citing small interest there. But it will be available in most of the eastern part of the world before then. The price is approximately $400, depending on the wireless carrier contract.

What do you think about this device from Asus? Is this something you could use?
Asus also launched the official video for this tablet computer on December 10, seen right underneath. 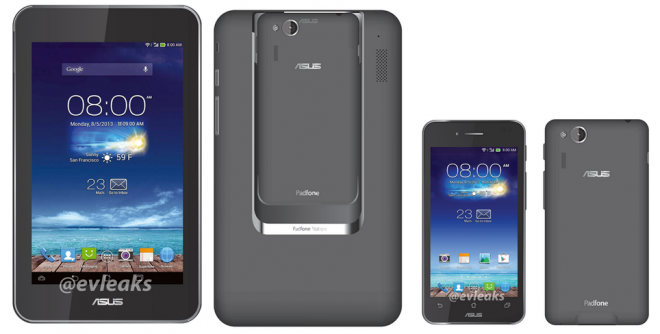 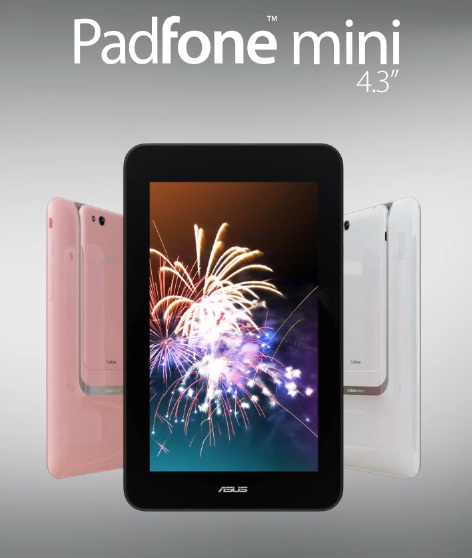