Asus is a pretty nice company in the tablet world. It’s one of the best tablet manufacturers alongside Samsung and Apple. It also likes to do its own thing, like manufacture an endless amount of PadFone piggyback tablets.

So Asus thought that the recent Asus PadFone Infinity wasn’t enough, and then accidentally revealed that they have made a Asus PadFone Infinity Lite, by posting tidbits of information about it in a correction note published online. Then on February 19 it was listed in an online store in Asia, thus confirming the specs. 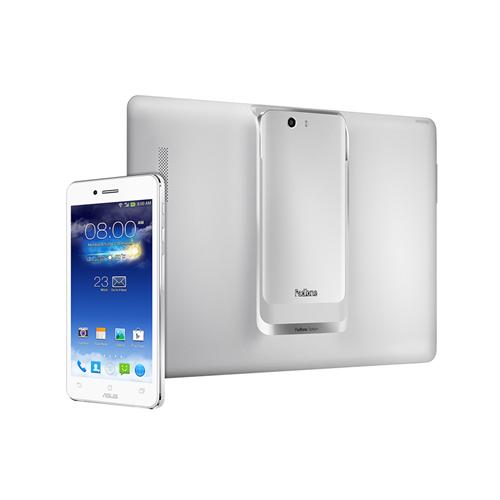 Asus PadFone Infinity, with the “Lite” model to look similar.

The tablet part the Infinity Lite utilize a 10.1-inch display with a slightly higher 1920 x 1200 resolution, with a battery capacity of 5000mAh, which you can use to charge the phone even.

It’s out March 18 in Asia. If it hits the Western markets, it will be a good while later.

Below is the video for the Asus PadFone Infinity, which doesn’t say much other than how it plugs in.