This is a very highly rated Android tablet with a lot going for it. It measures 10.1-inches and have a Full HD resolution of 1920 x 1200, with a 10-finger multi-touch display.

Asus MeMO Pad FHD 10 is powered by a 1.6GHz dual-core Intel Clover Trail processor and has 2GB of DDR2 RAM. The price is $249 today for the 16GB model, which normally cost $299, even if the MSRP is $329. Needless to say this is a good value 10-inch tablet, especially at this Black Friday deals week price.

The average battery life is right over 10 hours, from a 6760mAh battery pack. It ships with Android 4.2 and weighs 580 grams. 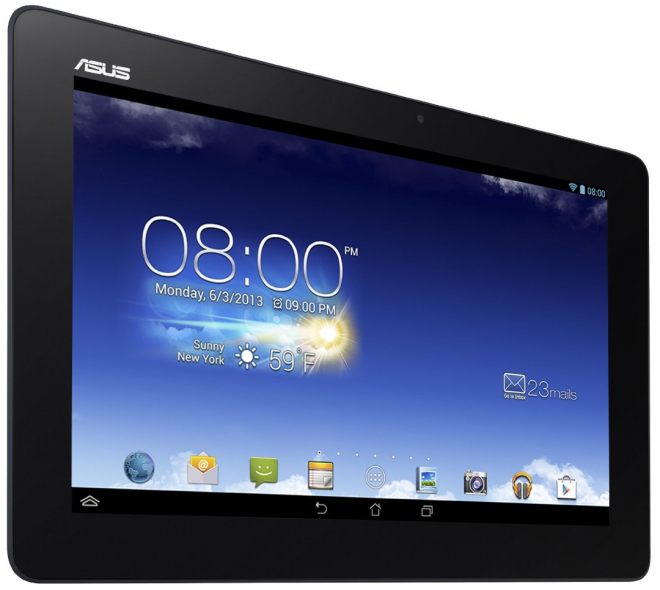 If you want a 10.1-inch FHD Android tablet at low cost, then nothing comes close to Asus MeMO Pad FHD 10 in price today. The second cheapest 10.1-inch FHD tablet after this, is the Acer Iconia Tab A700

, currently at $309. Then you need to add another $50 more before the next model again. So as far as value goes, unless you plan on doing a lot of gaming with the newest and most CPU intensive games, then this Android tablet is a excellent all-rounder otherwise.

By comparison, the Samsung Galaxy Tab 3 10.1 which is also undergoing a Black Friday tablet deal this week, is $299 with lower specs, and this is after this weeks discounts. And if you want a quad-core tablet with 2GB of DDR3 RAM, and a 10.1-inch FHD display or higher, expect to pay over $400.

There are no details on when Amazon’s offer will expire, but be aware that Monday’s best Black Friday tablet deal on the Dell Venue 8 Pro ran out very early. Hopefully the offer on this Asus tablet will stay a lot longer so that more people can benefit from this tablet deal.