Android 5.0 Lollipop sweetness is rolling out to Asus tablets, with the 7-inch Android tablet with combined phone Asus Fonepad 7 (FE375CL) being the first Asus tablet to ship with Android 5.0.

The battery life is also improved to extend to 12 hours, instead of the average 11.5 hours. As for the other specs it carries the usual 7-inch screen with 1280 x 800 resolution display, 8GB/16GB storage options, and 4G/3G/2G network supports. 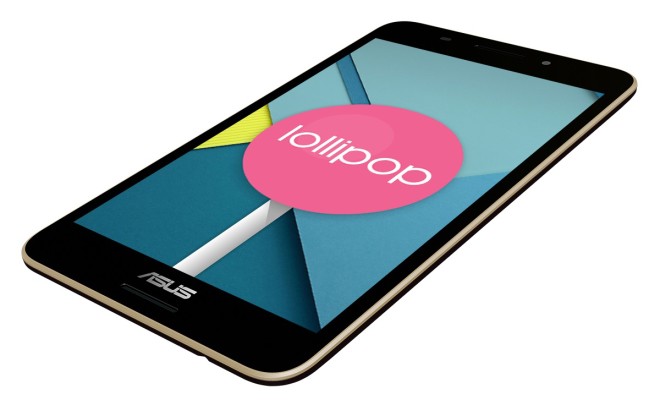 Android 5.0 comes to the Asus Fonepad tablet too

The price is around $250, which feels like a lot of money for a mere 7-inch HD tablet, but improves at least a little when you know that you can also make phone calls from the Fonepad tablet phone.

model is still at version Android 4.4, and that Asus have not said when they will update it to Android 5.0.