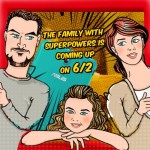 Asus have predictably began teasing without leaking as they always do ahead of the annual COMPUTEX trade show in Taiwan, the home country of Asus.

But like every year Asus only teases us, and all we get at most is a brief glimpse of the devices here and there. But Asus usually unveils a few goodies every at COMPUTEX, so it’s worth keeping an eye on.

Now what can we expect? From what Asus is teasing with, at least one tablet that should be thin, multi-category, cross-device/peripherals compatible, and with a new level of sensors and software to match.

4-5 new mobile computer devices in one tablet form or the other is not unlikely to be unveiled, even though the Computex announcements often comes many months ahead of actual launch. One tablet we could finally get to see, is the Asus Transformer Book T200.

Asus even have a teaser spoof based on the Will It Blend videos from Blendtech blenders that actually put both a Nexus 7, iPad mini, and Kindle Fire HD 7 into the blender.

Some of the technology we might get to see next week could be based on the Asus Smart Gesture features, as demonstrated in the video below.

Whatever Asus have in store for us, it should at least be interesting. The answer will reveal itself next week on on Monday, June 2nd.