Two weeks after Tabletmonkeys leaked the Aspire Switch Alpha 12, Acer took to unveil the 2-in-1 tablet today at a press event in New York.

(UPDATED: There is now a US release date of July 9 for Acer Aspire Switch Alpha 12)

The 12-inch tablet has a built-in kickstand, and the display has a resolution of 2160 x 1440 with support for Acer’s digitizer. Acer Aspire Switch Alpha 12 only has (64-bit) Windows 10 Home, so you’ll have to buy Windows 10 Pro for yourself if you need to upgrade to that, or you’ll have to order a commercial version that also comes with integrated Trusted Platform Modules (TPM) says Acer. 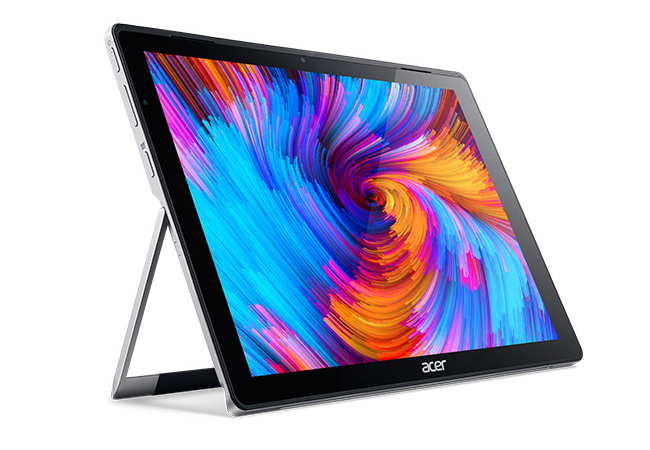 Most of the specs are the same on all of the Acer Aspire Switch Alpha 12 models, but there are some variations according to price, though both the Intel Core i5 (6200U) and i7 (6500U) models have Intel HD Graphics 520 GPU, and DDR3 RAM, with 4GB for the Intel Core i3 model, and 8GB of LPDDR3 SDRAM for all the other models says Acer at the moment.

Though the digitizer pen Acer Active Pen is optional, the Acer Aspire Switch Alpha 12 comes with the keyboard included, with a total weight os 1250 grams / 2.76 lbs, but 900 grams for the tablet. The tablet is 9.5 mm thick.

Acer says the Alpha 12 battery life is 8 hours, even if it has a 4870 mAh battery capacity and high resolution display, but at the same time Acer was very proud today to talk about its fanless LiquidLoop colling system for the tablet that uses the energy of the heat to power the cooling system. And with no fans cooling the processor inside, it doesn’t have the same ventilation openings of some other tablets in this segment.

Acer says that the Aspire Switch Alpha 12 doesn’t have a built-in microphone, but there is a 3.5 mm audio combo jack there at least.

The most popular 12-inch Windows 10 2-in-1 tablets at the moment are the brand new Samsung Galaxy TabPro S, and of course the Surface Pro 4.

The tablet most similar to the Acer Aspire Switch Alpha 12 in terms of price and specs, is the $599 Lenovo Miix 700 with Intel Core m processor, a 12-inch screen with 2160 x 1440 resolution, included keyboard, and stylus support. 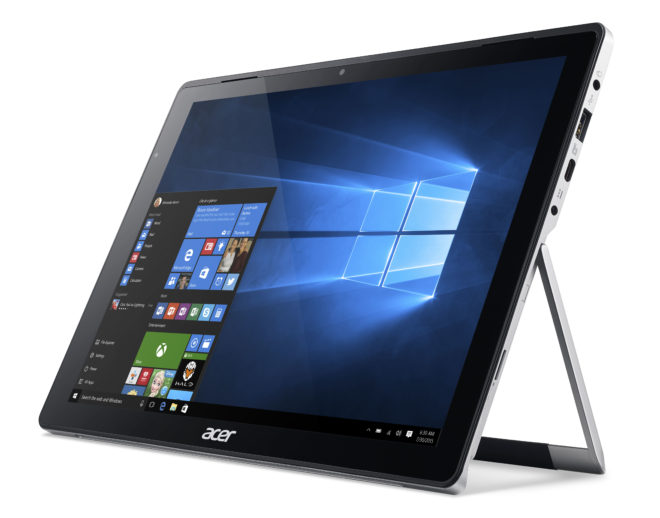 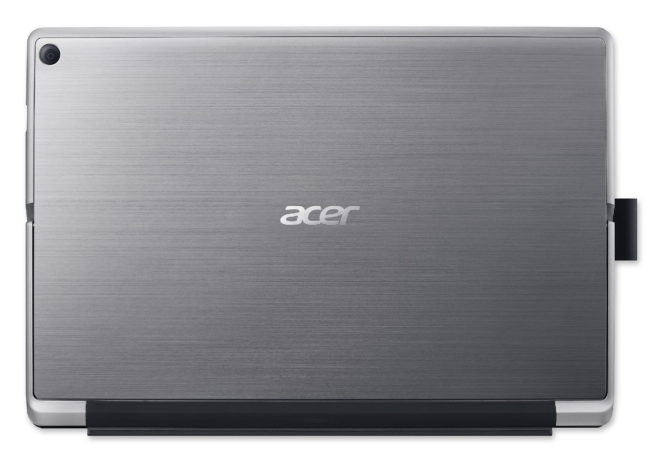 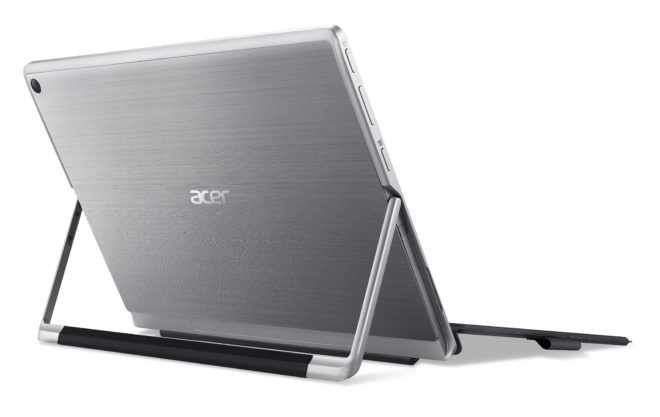