Only two months after Archos unveiled their new Titanium line of Android tablets in the middle of January, the most desirable one of the four models have reached the US market already.

for $249, the Archos 97 Titanium HD is Archos’ first Android tablet with a retina display.
That’s right, Archos is squeezing 2048×1536 pixels out of the 9.7-inch Super HD IPS display, which is exactly identical to the iPad 4, that also have the advantage of a 9.7-inch 2048×1536 resolution retina display. 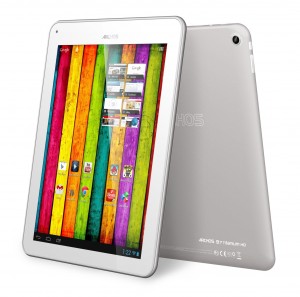 Archos 97 Titanium HD released in US

Going all the way with a retina display could be a smart strategic move by Archos, being a long time tablet manufacturer that has still not become a household name.

The retina screen does what it’s supposed to; graphics looks sharp and bright, while small text becomes clear and readable.

The benefit of the Archos 97 Titanium HD is that the retina will only set you back half the money compared to the $499 iPad 4. Though the most obvious difference is the difference in OS.

But Archos 97 Titanium HD is released with Android 4.1 Jelly Bean with full access to Google Play’s 700 000 apps, and with Android about to take over iOS’ position as the market leader in tablet OS, there is less and less reason to choose iOS over Android.

At this point, the 97 Titanium HD is Wi-Fi only, and at 640 gram it even weighs 12 gram less than the iPad 4.
The processor is a 1.6GHz dual-core A9, with a quad-core Mali 400 MP4 graphics processor working the graphics in the retina display. Despite having 1GB of RAM, the 97 Titanium HD only has 8GB internal memory, but in it’s defence, it has a microSD slot that supports memory expansion up to 64GB. As an example, a 16GB microSD card typically costs $15, and a 64GB microSD card around $50, so this is a much cheaper way to upgrade a tablet anyway.

There is a 2MP front camera and a 5MP rear camera, but as always, tablet cameras should be used in a pinch only as there hasn’t been made a tablet yet that sports an impressive camera. But of course it has its use in video chat. The sound quality isn’t particularly impressive either, but then again this is a tablet, and the focus of this device lies as it seems, solely in providing a affordable retina display tablet to the general public. With a price of $249 it makes a lot of sense to a lot of people.
– Jim Miller 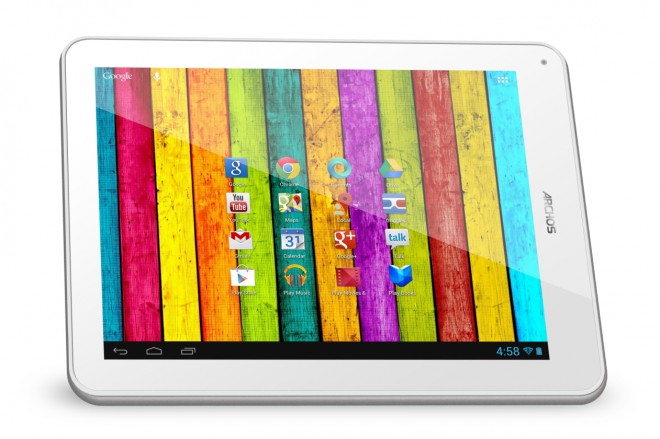 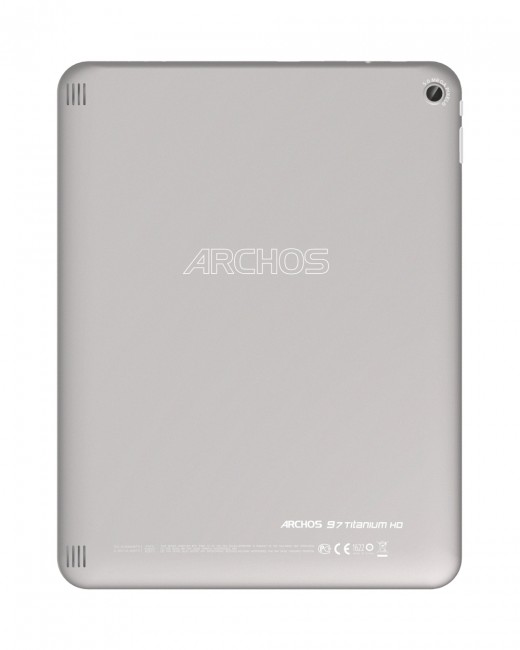 Archos 80 Titanium released in US too