As MacRumors wrote today, Apple have seeded the 4th beta test of the upcoming iOS 11.3 to developers for testing, and the most significant update in my view is the new Battery Health feature that Apple is coming up with in iOS 11.3.

The new Battery Health feature comes in response to Apple being caught in December last year throttling iPhones who’s batteries have become old and discharges faster than when they were new, leading to speculation that Apple was throttling iPhones so that owners would feel forced to buy a new phone, or at least have the battery replaced at an Apple store, which used to be very expensive.

But Apple came through in a generally positive way by both admitting the practice put in place to protect devices from suddenly shutting down instead, they lowered the prices on battery replacements, and finally they improved on their battery status feature with the new Battery Health feature that will be launched with the next iOS update.

Apple have even set up the feature so that performance management aka throttling, will be enabled only if the phone unexpectedly shuts down.

On top of that, the rumor has it that Apple has gone back to emphasize quality of their software over volume of new features with each update, so that iPads and iPhones will be even more stable. 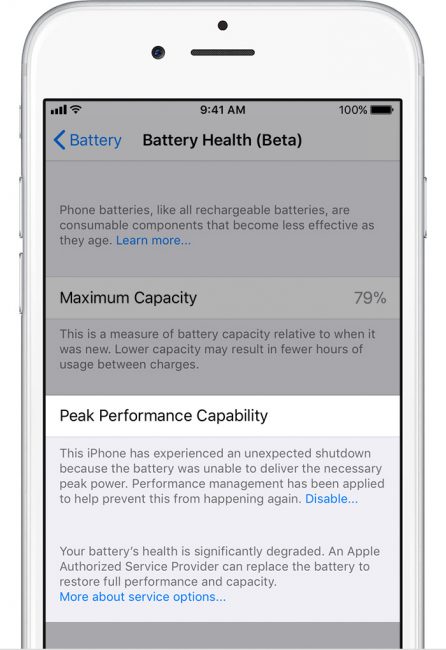