It’s currently being suggested by developers that by looking at the source code of the iOS 9 currently in beta testing, the upcoming 12.9-inch Apple iPad Pro might have a resolution of 2732×2048.

It’s based upon the keyboard size, where set to the dimension of 1366×1024 multiplied with the retina scaling leads to the likely 2732×2048 resolution. That could give it 263 ppi, which is very close to the iPad Air 2.

The previous news about the iPad Pro was that the launch had been pushed back to 2016, but that the display would feature silver nanowire technology. 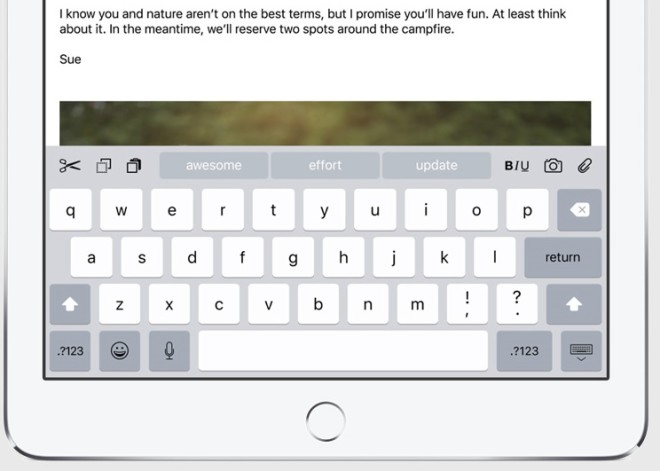