Apple announced the new iPad Pros on March 18 and then released them yesterday, which has given us some time to study the hardware performance of it. Here’s a quick take on the iPad Pro 2020 benchmarks. 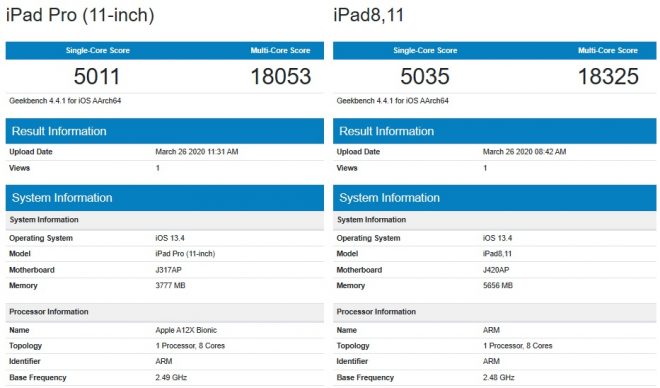 Apple launched the new 11-inch and 12.9-inch iPad Pro 2020 models with the same entry level prices as before, at $799 and $999, but what should be factored in is that the new iPad Pros now all come with 6GB LPDDR4X RAM as standard, whereas the predecessors only had 4GB RAM on all but the 1TB storage model which had 6GB of RAM.

Minimum storage is also increased from 64GB to 128GB for the same entry level models, so together with the more modernized chipset with the more 3D friendly GPU, Apple has future proofed the iPad Pro 2020 models more. So that will make the new iPad Pros work even better with the new augmented and mixed reality features that Apple are developing for future launches, and they will work even better with the large games that Apple are working more and more on too.

But with just an upgrade from a 7-core GPU to an 8-core GPU and otherwise the same 8-core 2.49 GHz processor that just differs a little in architecture, I can see why people are on the fence about buying the new iPad Pro 2020, if they are evaluated based on these hardware upgrades.

The upgraded rear camera features and high quality mics shows us that Apple has aimed at widening the appeal of iPad Pros to more than just their existing customer base, so that explains why Apple upgraded the new iPad Pros the way that they did, when most users of the existing iPad Pros already felt that they had enough power to test their codes or edit videos smoothly with.

So in conclusion, from $799 you are getting 100% more storage, 50% more RAM, a faster and more powerful graphics engine, a LiDAR camera and an additional 10MP wide-angle camera, as well as Wi-Fi 6, so obviously the iPad Pros have been upgraded.

But if you don’t feel like you need any of these upgrades, you can buy the old models on a small discount before they sell out, and still buy the keyboards later when they launch in May, if you want one of Apple’s new keyboards. 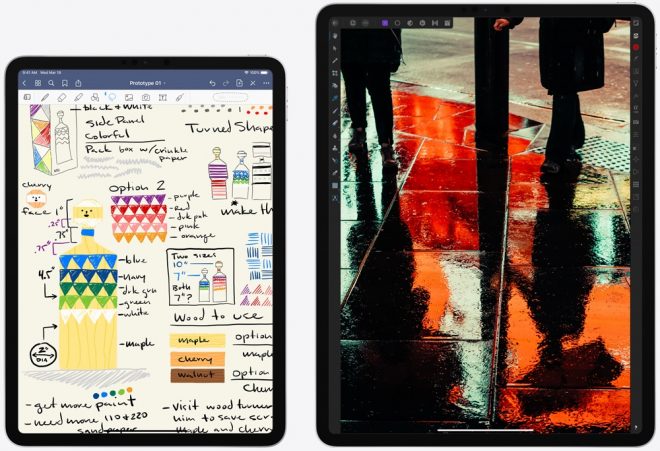