Apple have just finished a marathon event today where they announced new smartwatches, a new Apple TV, new iPhones, lots of new apps, features, and services, and of course the new Apple iPad Models For 2015 to 2016.

There are two new Apple iPads for 2015 – 2016. The first one is the brand new tablet, the larger 12.9-inch iPad Pro, a tablet that is geared more towards productivity than other iPads, similar in a lot of ways to the Surface Pro 3. The other new iPad is the new Apple iPad mini 4, a tablet that is now essentially a iPad Air 2 in a smaller package.

Apple iPad Pro (12.9-inch)
The new 12.9-inch iPad Pro is a tablet that makes productivity easier than on the other iPads, essentially because of the larger display, the Apple Pencil digitizer support, the more powerful processor and GPU, as well as the new collaborations that Apple built when designing the iPad Pro so that there were features there that would match peoples needs when they needed to create something on a tablet, like drawings, sketches, illustrations, make annotations, edit documents, or even edit video.

Apart from the larger 12.9-inch screen with a whopping 2732 x 2048 resolution, the other specs makes you think of it as any other iPad immediately. Though it is the only iPad with the most powerful 64-bit A9X processor and M9 motion coprocessor. It weighs 713 grams, is 6.9 mm thick, has a 1.2MP front camera, and a 8MP rear iSight camera, and all the other specs that you’d find on an iPad Air 2.

But it also has something other iPads doesn’t which is the Apple Pencil and its own official Apple keyboard. iPad mini 4 (7.9-inch)
The iPad mini 4 gets most of the same hardware as that of the iPad Air 2, while the tablet remains a 7.9-inch iPad mini. It is now thinner at just 6.1 mm, making it one of the thinnest tablets on the market, with a weight of 298 grams for the Wi-Fi model and 304 grams for the LTE model.

The retina resolution remains the same high with a 2048 x 1536 resolution on a fully laminated display with anti-fingerprint coating. The new processor is now the A8 processor, which is faster than the older A7 chip, but still not as fast as the A8X processor of the iPad Air 2, though the margins are very small between them.

And while all iPads have a 1.2MP front camera now, the iPad mini 4 is upgraded from a rear 5MP camera to 8MP iSight camera on the back, which also adds the burst mode and slow motion recording support. It has a fingerprint sensor in the home button, or touch ID if you will, and also gets upgraded to having complete Wi-Fi coverage with dual-band 802.11 a/b/g/n/ac with MIMO support, as well as the very latest Bluetooth 4.2. Storage options are 16GB, 64GB, and 128GB. 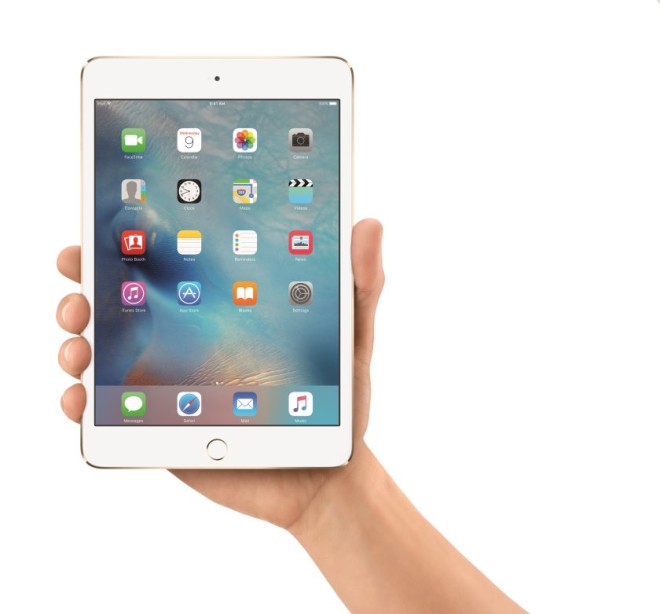 iPad Air 2 (9.7-inch)
The iPad Air 2 stays the same as before, which isn’t such a bad thing, and this is something that happens to several iconic top of the range tablets, like for instance the Nexus 7 FHD or Fire HDX 7, two very popular tablets that have remained unchanged for two “tablet seasons” while still remaining great tablets.

So apart from the new apps since last year, and the new iOS 9 that’s arriving on it, it has the same thin 6.1 mm thickness of before, along with the low weight of 437 grams, the great retina screen that measures 9.7 inches and the resolution of 2048 x 1536 on a fully laminated display with anti-fingerprint coating.

The A8X processor is now the second fastest in the iPad line up, with the A9X processor if the iPad Pro being the most powerful one. iPad Air 2 has 2GB of RAM, a 1.2MP front camera and a 8MP rear camera, complete Wi-Fi cover, Bluetooth 4.2, and storage options of 16GB, 64GB, and 128GB, though without microSD card support like you get on Android and Windows tablets. 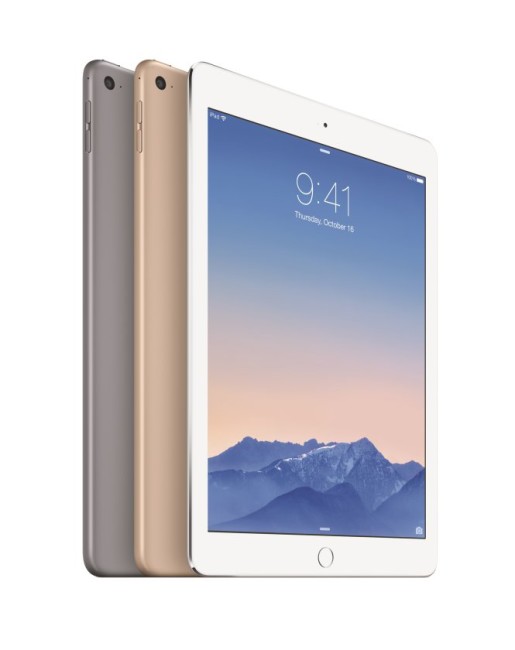