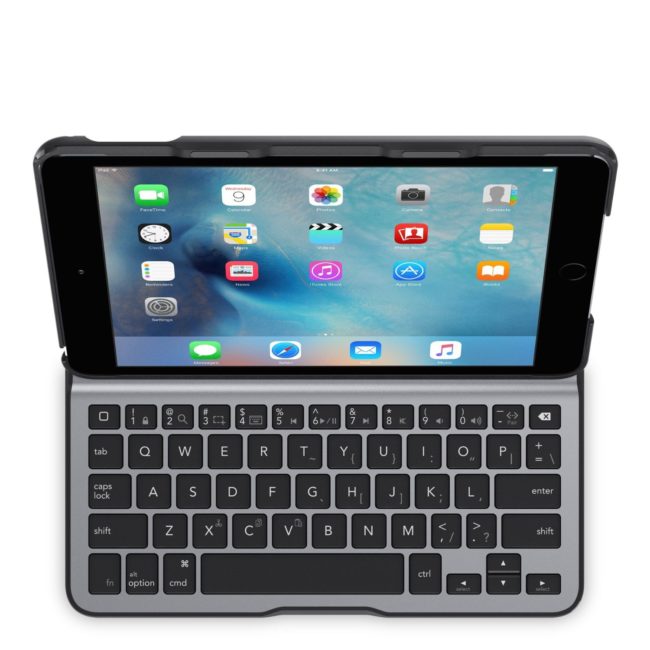 The keyboard case holds the iPad mini 4 in place and protects it too. But the cameras, speakers, ports are still open and available.

The keyboard battery life is 40 hours with constant typing and 120 days on standby. The keyboard can be charged with the included micro-USB cable. The color options of the keyboards are black or white 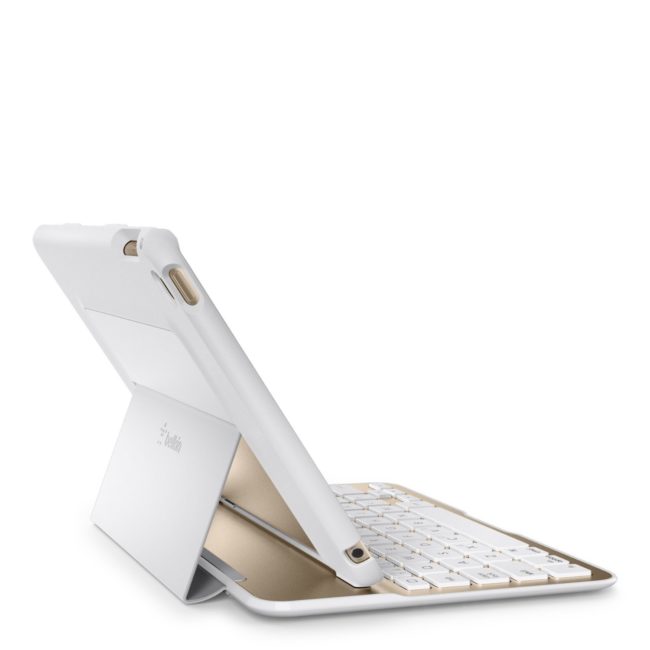 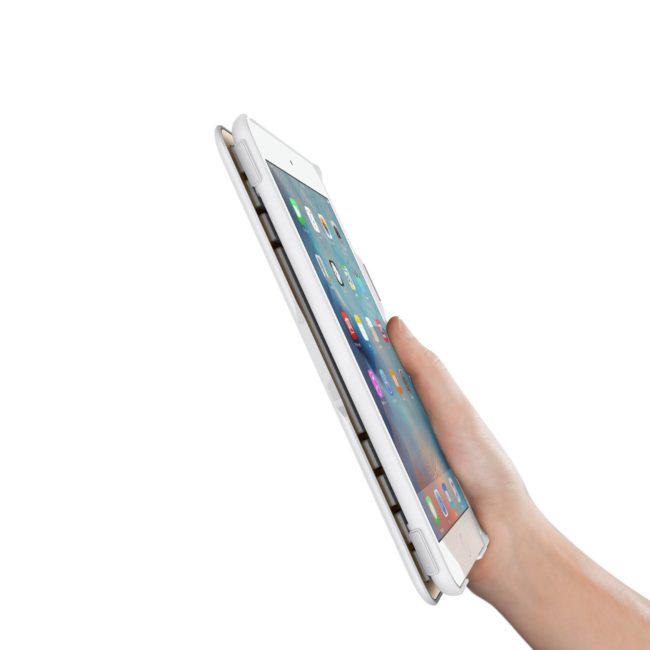 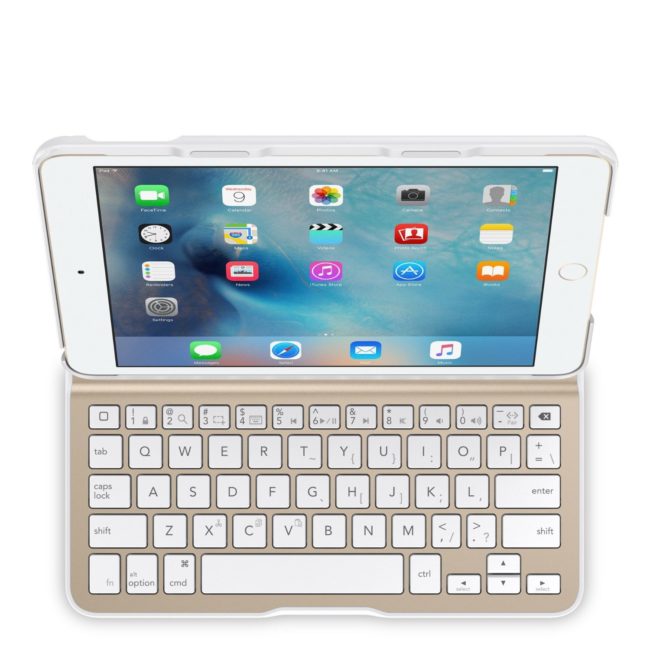 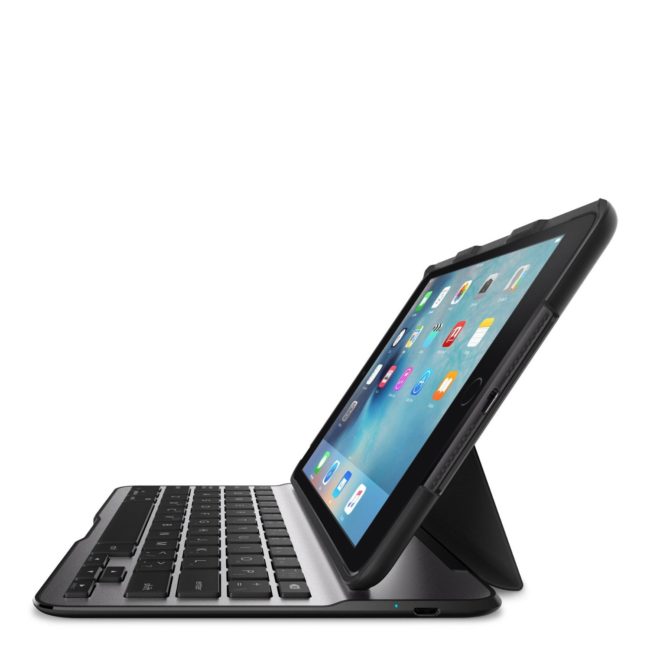