Apple announced the preview of the upcoming iOS 10 today in San Francisco, with an update Apple calls the “biggest iOS release ever”.

And for an iOS update, it does contain more changes than usual. These include:

Messages – Now more animated and expressive, with stickers and full screen effects, similar to a lot of chat services, even messages in invisible ink. But also handwritten notes. Sending payments or schedule something can also be done from Messages now.

Siri – Developers can for the first time work with Siri. And Siri now works more closely with the Home App for the next thing in home automatization. Also gets QuickType features, including contextual suggestions.

Maps – Maps has finally been redesigned, and is open to developers now too, which means integration with Uber and similar services. 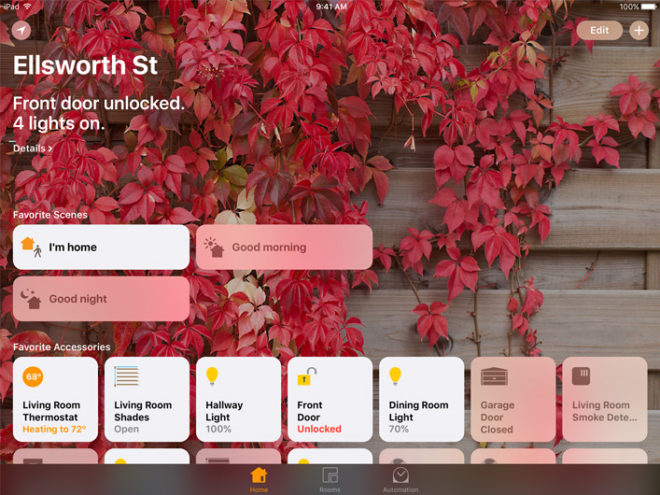 Photos – Apple has created the Memories app that will create engaging albums out of pictures, even pictures that are not looked at often, and sort them into themed albums based on scene, object, faces, along with Memory Movie, that adds theme music and cinematic transitions.

Home App – Developed ahead of an increasing number of smart home accessories that will be launched later in 2016, under the HomeKit, ranging from smart thermostats to remote light control, door locks, and similar home equipment. And this will become a big deal, as Apple announced today that home builders such as Brookfield Residential, KB Home, Lennar Homes and R&F Properties will start to install HomeKit products in newly built homes in 2016.

Apple Music – Gets a new design with focus on minimalism and simplicity, with search added this year, as well as redesigned tabs.

News – Also redesigned for 2016, with particular emphasis on news notifications.

Other updates include Raise to Wake, which will wake the screen simply by raising it, some new shortcuts and gestures are introduced for the most common settings, and for iPhone 6s and 6s Plus there is now deeper 3D Touch integration too. And iOS 10 will support integration for third-party VoIP calls, Safari split-view for iPad, Notes collaboration and Live Photos editing.