Apple announced the new iPadOS today during its developer conference and major press event as well as previewing the upcoming iOS 13 with Dark Mode.

The iPadOS still builds on iOS, it just optimizes iOS features for an iPad which is larger after all. So iPads will still get the iOS 13 too.

So what’s new and special in iPadOS?
As you can see, we get a dashboard with more iOS features on the Home Screen and not just some rows of apps, so nobody will complain about that, as it will just make an iPad even more iPadish. 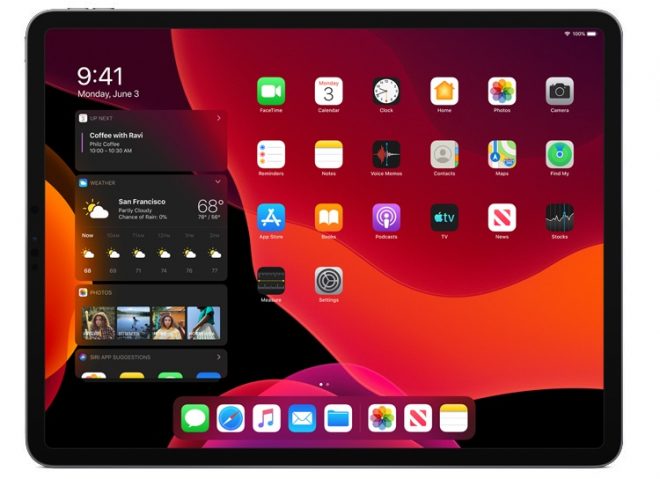 Split View will enable working with multiple apps at once. Slide Over will act like a horizontal version of the vertical Slide Over from the current iOS, just more optimized for a larger display.

New Apple Pencil annotation features are introduced too with faster engagement, and the tablet digitizer class leading 20ms latency that Apple had exactly two years ago, have now been reduced to an just 9ms even.

Other changes includes a development of more features to iCloud and Files, a more desktop-like Safari browser that’s still optimized for the tablet screen ratio, an improved text editor that finally has better touch features. And then a new Maps, floating keyboard Custom Fonts, a performance improvement (Microsoft take notes) with up to 200% faster load times, new video editing, Apple Arcade, Voice Control, Handoff to HomePod, Audio sharing with AirPods, new Notes with a gallery view, ARKit 3, Siri with a new voice, and then finally the Dark Mode option which functions like a dark theme.

So great news actually, as it appears that nothing has been lost in Apple’s iOS to iPadOS transition, only added.

Developers will start implementing it starting today, with the beta test becoming available later in June, while the rollout of this free update will start during the fall this year.

iPads eligible for the iPadOS are all iPad Pros, iPad Air 2 and later, iPad 5th gen and later, and iPad mini 4 and later. 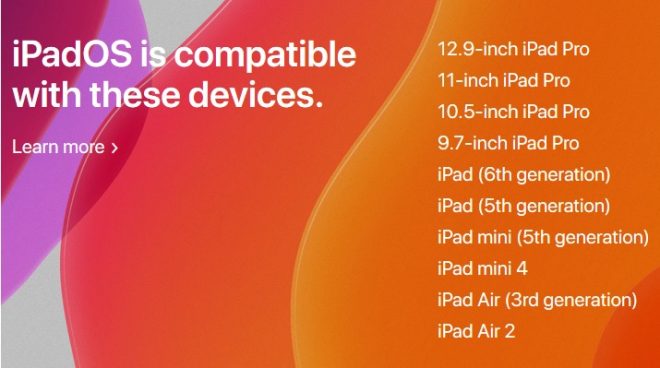