Here is a list of Android 7.0 tablets as of Q1 2017. A few people talked to me about this over the weekend, so I thougt it might be a good idea to round them up.

But Android 7.0 tablets are available nonetheless, and last week saw many official Android 7.0 update plans from tablet brands such as Nvidia, Sony, Samsung, and Huawei. Sony started the Z4 Tablet update 4 days ago, but temporarily stopped the OTA update last night after several complaints from the users of Sony Xperia Z4 Tablet as well as the Z5 and Z3 smartphones, that the update had caused problems on their devices. Sony have responded to this and expects the Android 7.0 update to re-commence soon.

So what are these tablets, and when will Android 7.0 roll out to these devices? Here is the list. 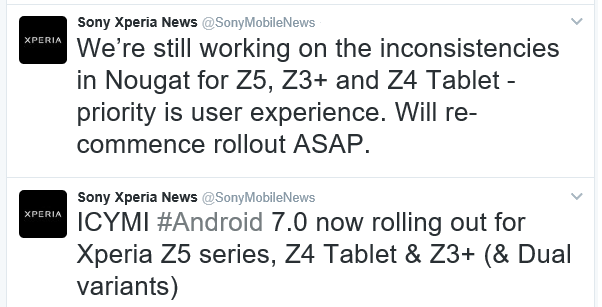