Sony is one of the best tablet brands when it comes to updating their Android tablets quickly and for supporting their tablets for a long time, at least longer than the average Android tablet brand. So now it’s time for the Android 7.0 update to roll out to Sony’s tablets.

So one of the best tablets in the world will be one the first Android 7.0 tablets as well. Sony Xperia Z4 Tablet was first launched with Android 5.0, but was updated to Android 6.0 in May this year. 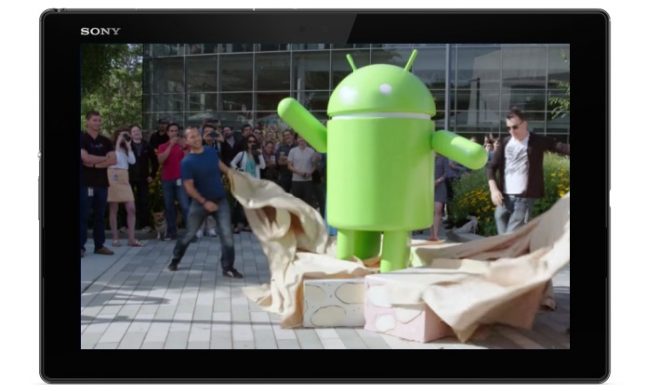 The specifications are very high, with a 10.1-inch TRILUMINOS screen with 2560 x 1600 resolution, a Qualcomm Snapdragon 810 processor, 3GB of RAM, a very long battery life, 5.1MP and 8.1MP cameras, complete Wi-Fi cover, in a waterproof tablet that is just 6.1 mm thick and weighs a record low 389 grams.

Sony tablet owners are sometimes seen as more tech savvy than average, and Sony is actively supporting that, as we can see from Sony’s Android Open Source Project (AOSP) page on Sony Mobile, with a list of binaries and codes for all of Sony’s tablets that are currently running Android 6.0 Marshmallow.