Asus is continuing to update tablets that were released with Android 4.4 or some earlier version before Android 5.0 Lollipop was launched last year. And four Android tablets from Asus that used to run Android 4.3 – Android 4.4 have been upgraded to Android 5.0.1 or newer versions.

Since the Android 5.0 Lollipop update files comes from Asus, it also brings with it some extra goodies like more apps and games, and more or improved features for a few existing apps.

The tablets that have gotten the Android 5.0 update this year include the very popular 7-inch Asus MeMO Pad (ME176), the slightly larger 8-inch Asus MeMO Pad 8 (ME581CL), the 7-inch tablet phone or phablet that is Asus FonePad (FE375), and lastly the cheap 10.1-inch 2-in-1 tablet Asus Transformer Pad (TF103) with its very sleek keyboard dock.

To celebrate the occasion, Asus even released some posters to show that they intend to keep their tablets trucking into the future. 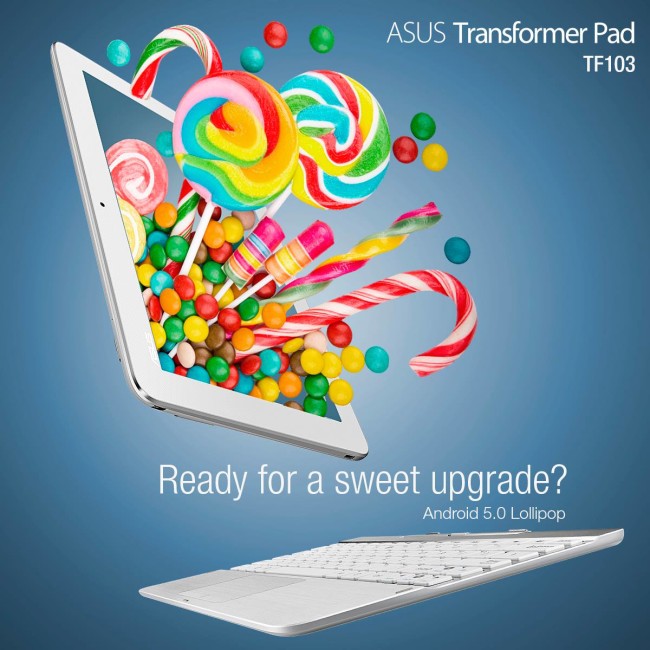 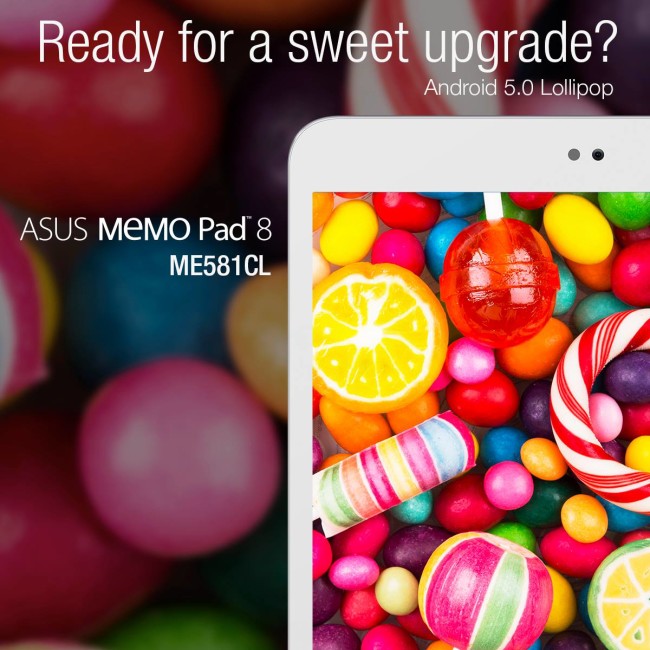 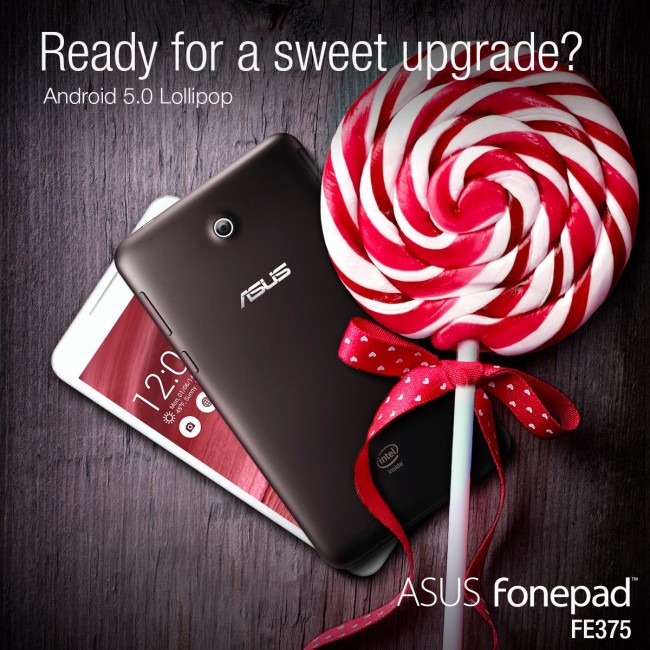