“Is Amazon going to build a phone? The answer is yes,” such introduced Jeff Bezos, CEO of Amazon, their new addition to their mobile technology lineup today – the Amazon Fire phone.

launched the first Kindle ereader, and then later on moved on to Kindle Fire tablets, which are now one of the world’s bestselling tablets, the long awaited 3D Amazon Fire phone was finally launched today.

This is a Android phone with a typical Kindle Fire interface with a 4.7-inch display at 590 nits, with a 2.2GHz Qualcomm Snapdragon 800 processor and Adreno 330 GPU, 2GB of RAM, a whopping 13MP f2.0 rear camera with optical image stabilization (which comes with free unlimited photo storage on Amazon Cloud Drive), dual Dolby Digital Plus surround sound speakers, the popular Mayday button is on board on this Fire Phone too, just like on the new Kindle Fire tablets that were launched last year.

And on the front of the phone, there are 4 cameras, and each one of these include infrared light for using the phone in darkness. 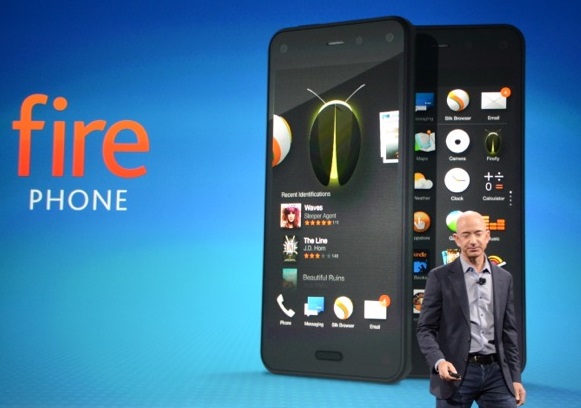 As a main feature, the camera on the Fire Phone are able to recognise objects through semantic boosting by using the camera through a feature now called Firefly. These things or products can be scanned by the camera, and then be added to a list on your phone. You can then tap on an item and buy the same product on Amazon.

Bezos says Firefly can recognise 100 million items. Firefly can be activated through a button just below the volume rocker.

The same advanced camera have integrated text recognition and image recognition, while in audio there is audio recognition that will recognise music and songs which you can then buy.

The price for Amazon Fire Phone

is $199 with a 2-year contract with AT&T, or $27 per month, and this even includes a whole year free of Amazon Prime, which is very good obviously. The release date is July 25. 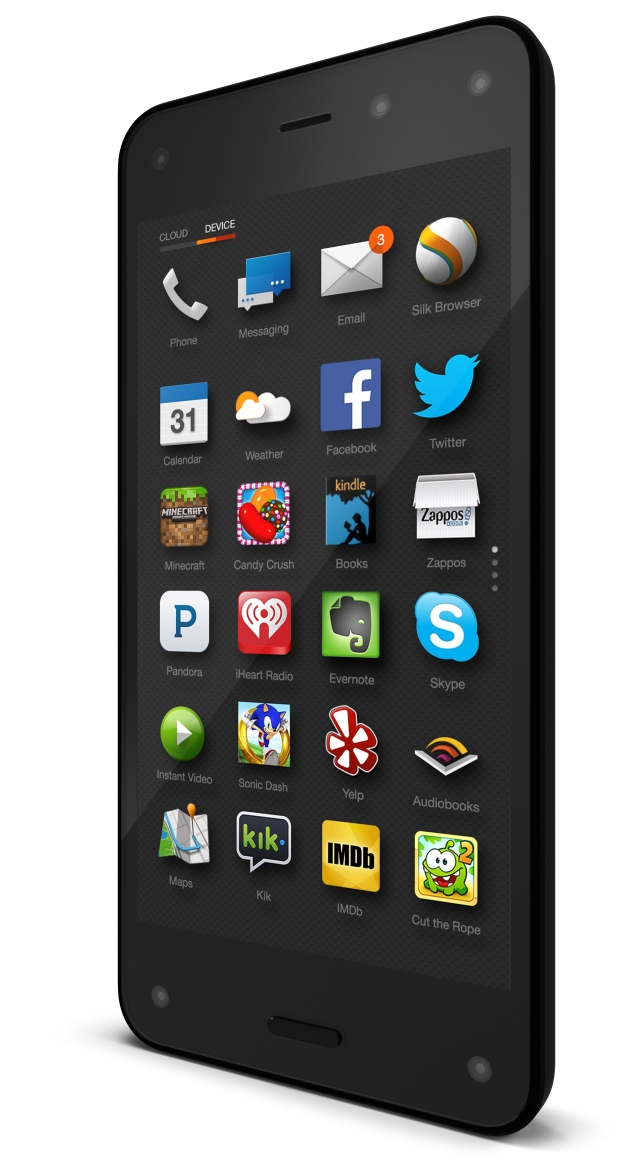 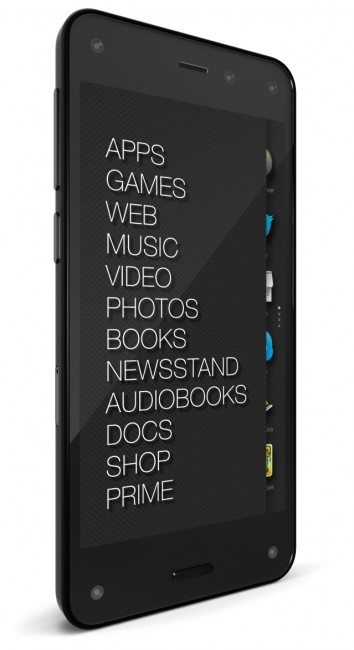 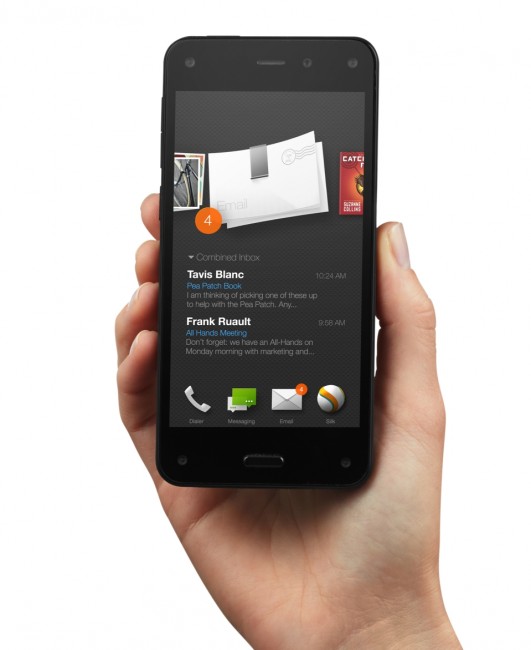 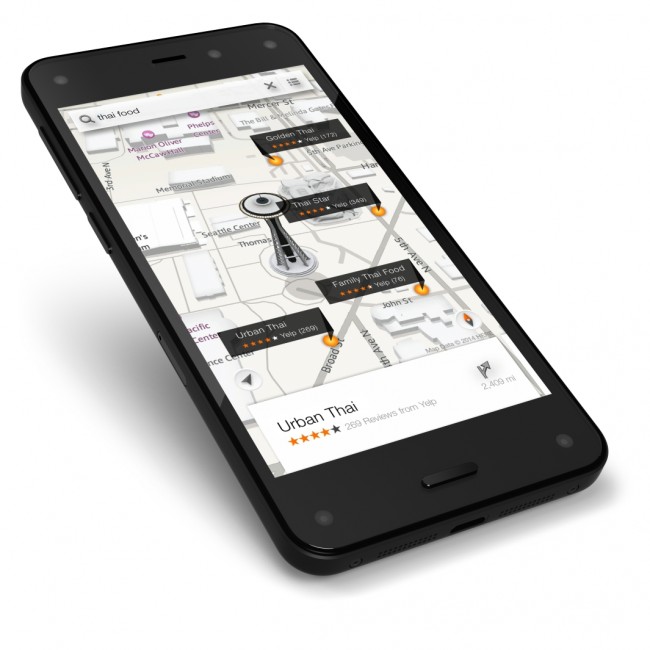 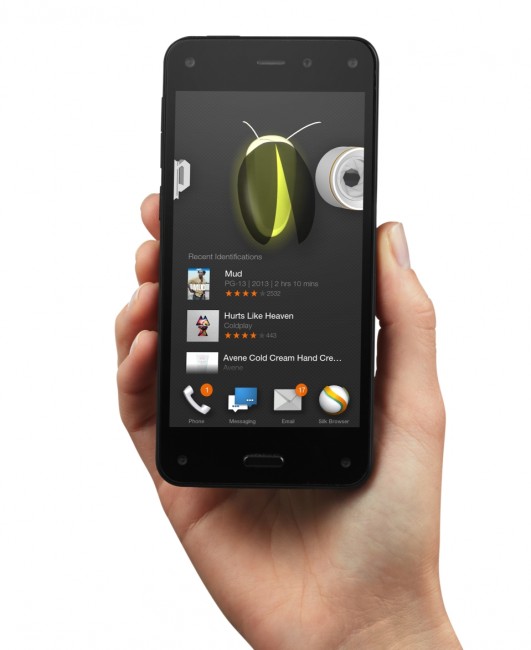 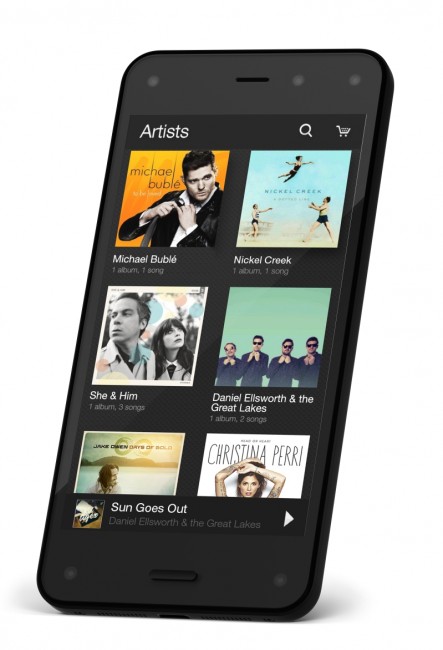