The Amazon Fire HD Kids Edition Tablet is on sale today in a easter sale, with a price cut of $25 so that the price is now $124: http://www.amazon.com/dp/B00LOR4LMQ/

This Fire Kids Edition Tablet is the first children’s tablet from Amazon, launched in September when they also launched the other Amazon Kindle Fire tablet family for 2014 – 2015.

It has a sold silicon based gumdrop case that protects it, but underneath it’s a regular Fire HD 6 or Fire HD 7 tablet, depending on the size of the children’s tablet. Which means that the hardware is already good, with a good screen and some decent hardware performance too.

When it comes to content there’s often three kinds of children’s tablets; Either one that is meant for very basic learning which is popular to buy to the youngest kids (but that used to have limited access to additional apps), or there’s the tablets that are just like regular consumer tablets but have either a focus on educational apps or a focus on some educational apps but even more on children’s content.

The Samsung Galaxy Tab 3 Kids Edition might be better for trying to teach children things, and it has a handle on it too, which may suit children better, while Amazon’s Fire Kids tablet has easier access to children’s content with its integration of Amazon’s ecosystem, which naturally means endless ammounts of content for children.

, but it has an 8-inch Full HD screen instead, and an integrated stylus, which naturally drives up the price a little. 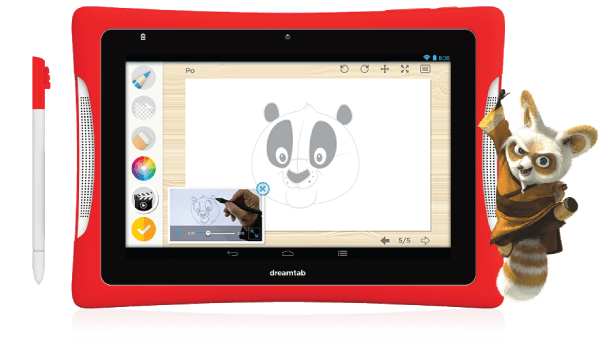