That’s a very attractive price considering that it even comes with the keyboard cover included in the package. The problem is the processor though. As it’s powered by the Intel Celeron N3350 processor, it only performs a little bit better in most tasks than something like the Intel Atom x5 processors by a margin of 20% or so, which isn’t really enough today if you want frustration free computing.

With 4GB of LPDDR3 RAM, and 64GB of eMMC storage with microSD card support up to 128GB, it has better specs than most Intel Atom tablets have had, but it still should had higher capacities by the second half of 2019. Alldocube Nuvision is 8.6mm thick and weighs 766 grams. The specs resembles the Nuvision Encite Split tablet specs somewhat, but these are still not identical tablets. Whether it means that Alldocbe and Nuvision have been teaming up somehow remains to be seen since neither of the two brands have stated anything yet. 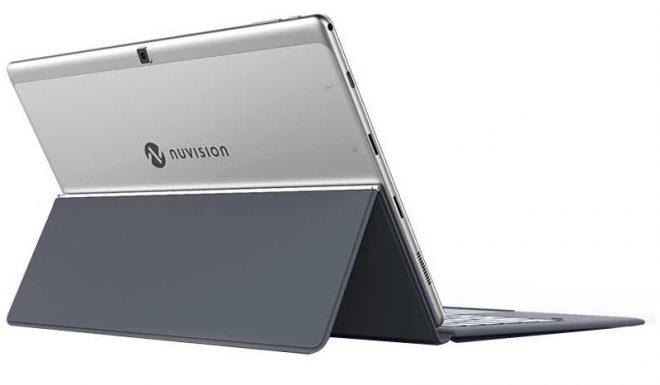