Alldocube is launching the 10.1-inch Android tablet Alldocube M5X Pro with a Helio X27 chipset towards the end of January for just $169: https://www.banggood.com/Original-Box-Alldocube-M5X-Pro

The Pro in the Alldocube M5X Pro model name is a bit misleading however, since the only pro upgrade on this tablet over the regular M5X is that has 128GB storage. Other than that it’s exactly the same tablet as the 64GB Alldocube M5X.

That’s not a bad thing in itself, as that tablet offers some fun for the money, it just isn’t much of an upgrade. And also it only ships with Android 8.0 onboard. But maybe the Android 8.0 doesn’t matter for those who buy this as a mid-range gaming tablet after all? The performance is decent for the price, but nothing more than that.

The weigh is 510 grams, with a thickness of 8.7mm. Basically what we can consider an old school setup for Android tablets now that we’ve entered 2020.

So it’s just the price that makes it worth considering for anyone just wanting a mid-range gaming tablet or someone within the countries with the 4G LTE bands covered that wants a cheap 10.1-inch Android tablet with 4G LTE included.

Of course it costs to step up in this tablet category, as the cheapest tablet with properly higher specs would be the Samsung Galaxy Tab S5e for twice the money. 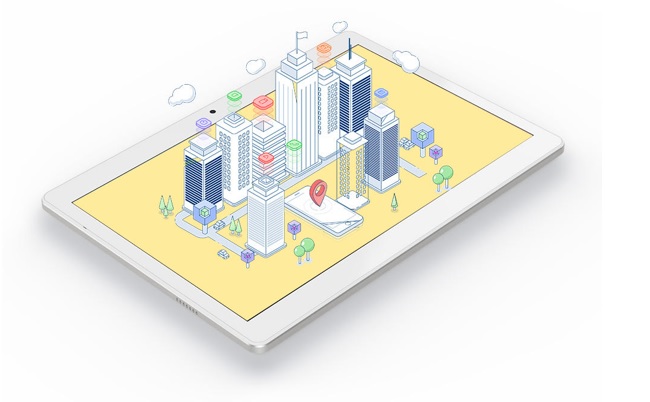