After the launch of the 10-inch Surface Go last year, some brands have used its popularity as a means to slap the Go name on some of their tablets too, with the latest one being the Alldocube KNote Go for $289.

Alldocube KNote Go is an 11.6-inch Windows 2-in-1 tablet, but without built-in kickstand, as the stand is provided by the detachable keyboard cover.

There’s one weird thing about the Alldocube KNote Go, which is that it’s powered by Intel’s Apollo Lake N3350 processor. The reason why this is weird is simply that the same brand already has a more powerful KNote 5 tablet on the market with a much faster Intel N4100 processor, even though these are both 11.6-inch Windows tablets at the same price and generally the same specs. So that’s just strange.

It’s 8.6mm thick, with a weight of 766 grams, and a 4000 mAh battery. With this processor, I don’t think we can expect more than a 4 hour battery life with normal use. The keyboard cover is optional, and it has support for an optional digitizer too.

Alldocube has made several interesting tablets over the years, but this is not one of them when we consider the alternatives on the market today. 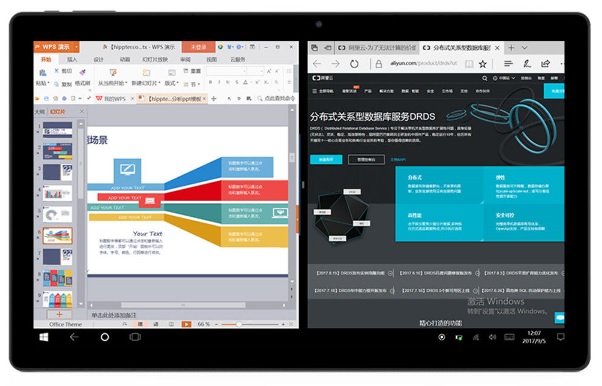