An interesting new Windows 10 2-in-1 tablet which resembles the Huawei MateBook and Samsung Galaxy Book in design, is entering the market in June by the name Alldocube KNote 5, powered by a Gemini Lake N4100 processor and even DDR4 RAM for $300: https://www.gearbest.com/computer/pp_00931768

The KNote 5 holds back on the highest screen resolution and some other specs to keep the price down, making this a productivity geared 2-in-1 tablet. So first of all the KNote is powered by the quad-core 2.4 GHZ Intel Celeron N4100 “Gemini Lake” processor which is a rare treat on tablets, but that gives it more power than the Apollo Lake processors and a lot more power than the Cherry Trail processors.

With Intel HD Graphics 600 GPU and 4GB of DDR4 RAM, the LPDDR RAM is snappier than we are used to on these tablets too so that’s a great step up on tablets from Chinese brands. And with 128GB of storage and support for microSD cards up to 128GB, this is like a versatile mini laptop. 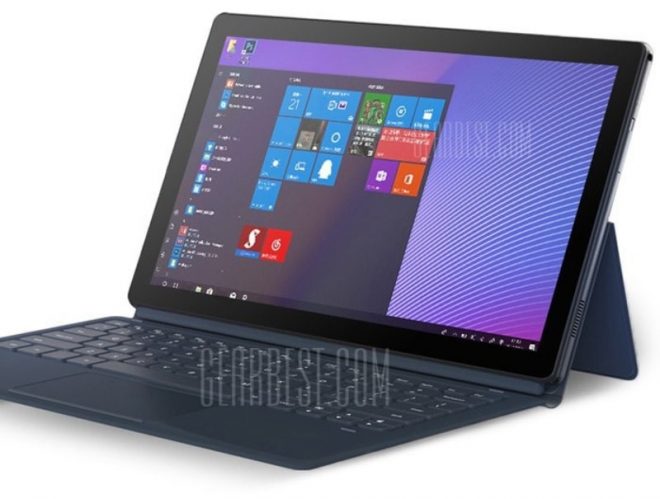 Other than that, it has a 2MP front webcam and no rear camera, while it has stereo speakers, and a 3.5mm audio combo jack.

The optional keyboard cover adds both a stand, cover, and keyboard, and it’s a thin flat keyboard much like those from the Huawei and Samsung models mention earlier.

The design of this new Windows 10 tablet is generally rounded around the edges and corners, and it’s 9.6mm thick and weighs 750 grams.

Without the optional keyboard it costs $300, but bundled with the keyboard the Alldocube KNote 5 costs around $345 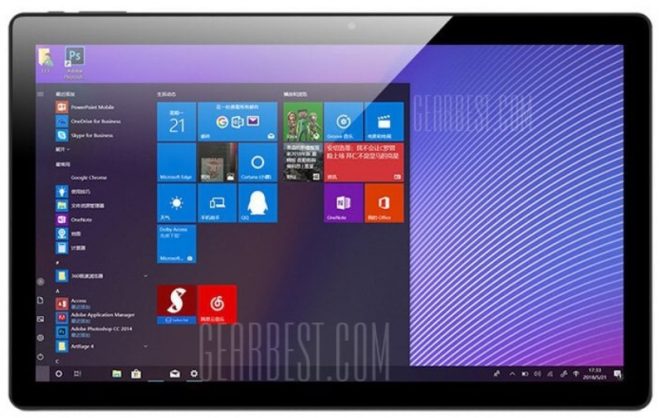 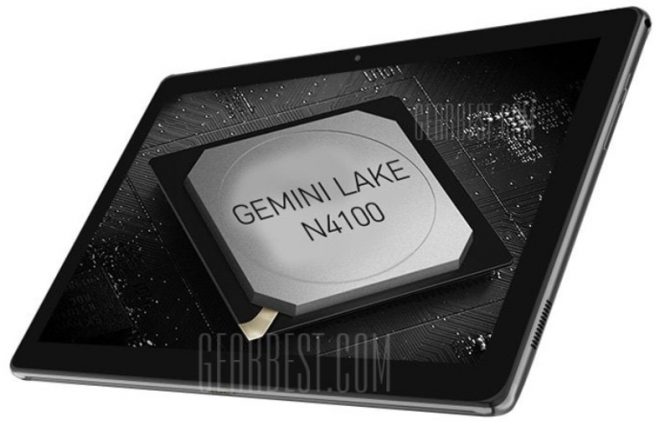