Alcatel have used MWC 2019 in Barcelona, Spain right now to announce their version of a tablet/voice assistant hybrid, with the announcement of the Alcatel 3T 10.

It has 2MP front and rear cameras, which unfortunately Alcatel have interpolated to 5MP. With specs as low as that, this is at least a light tablet, at 440 grams. 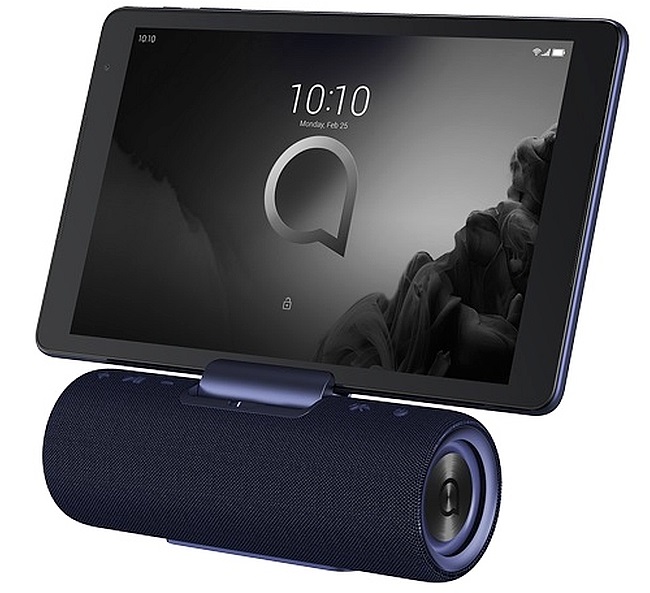 Then there’s the Audio Station underneath. This has two 5 watt speakers, far-field mics, and its own 2000 mAh battery, which for some reason takes 3 hours to charge.

Alcatel will release the 3T 10 in a few months, with the price for the tablet set to €179, before the Audio Station.

If you don’t want to wait that long, then Lenovo Smart Tab M10 have been released already with similar features, better specs, and a lower price.