Adobe started its annual Adobe MAX conference today, and for us tablet users they announced the inaugural release of the ‘Adobe Illustrator on the iPad.’

Adobe Illustrator for the iPad is different from the Illustrator app for desktop computers in two ways. First of all it offers the same Illustrator features you get on the desktop, but from the approach of a smaller screen with touchscreen features and digitizer support.

So the second difference is that the inclusion of an Apple Pencil adds some features to the Illustrator for iPad 1.0, in itself, and Adobe says more features will be added to later versions, such as additional effects, more brushes, and new Adobe Sensei powered capabilities that will let users turn sketches into vector graphics. 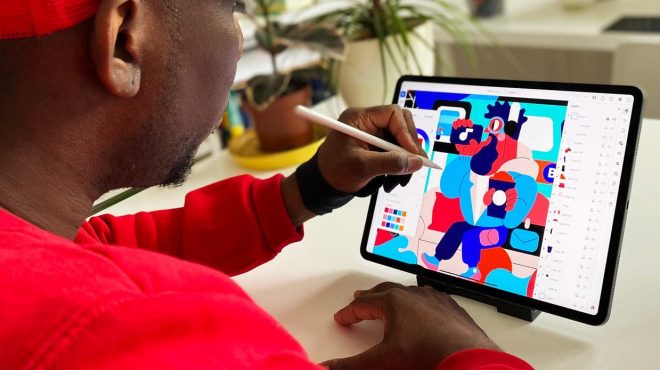 Meanwhile, new features included for now includes radial, grid and mirror repeat, and the opportunity to include the iPad cameras in the work. The fact that you can easily carry an iPad around with you, also opens up a lot of new opportunities in itself.