Acer Switch 5 is a 12-inch Windows 10 2-in-1 tablet that succeeds the Acer Switch Alpha 12 from last year, but that has undergone a few tiny design changes, and a processor upgrade from Skylake to Kaby Lake processors, with choices of Intel Core i3, i5, and i7 processors. Unveiled in N.Y. on April 27, it is now available in the US with either the i5-7200U or i7-7500U processors:

I used to like the predecessor Acer Switch Alpha 12 a lot, but that model also had the edge on its competitors by being significantly cheaper, and also offered an Intel Core i3 option, which the competitors didn’t offer.

With the new Switch 5, that previous edge has been moved over to the much cheaper $449 Acer Switch 3 instead. 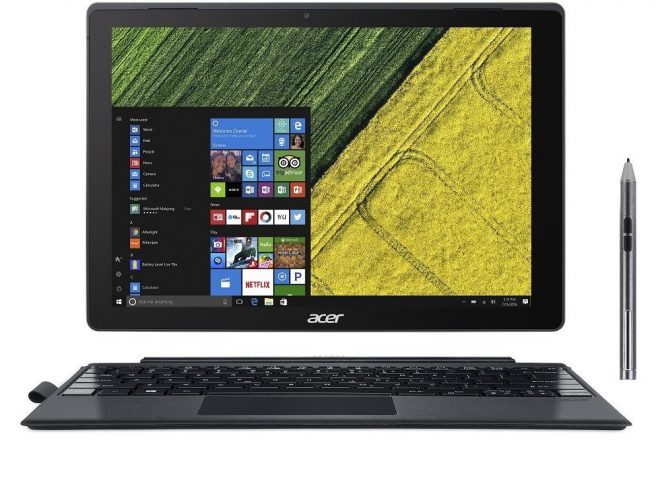 It continues using Acer’s own fanless LiquidLoop cooling system, so that’s still a novelty. But it has also introduced the auto-retractable kickstand which can be set with one hand, it has a fingerprint reader, and Acer has removed the physical Windows button that was placed on the left side. The Windows button is still on the keyboard though.

The thin keyboard and the 1024 pressure level sensitive active digitizer with two buttons is included in the price. The backlit keyboard is quite rigid and doesn’t bounce as much as those keyboards can sometimes do, and it has a better positioning of some of the shortcuts to the brightness buttons and media shortcuts, located on the bottom right of the keyboard. There’s also a flap for the pen, and a precision touchpad with gesture support.

Acer Switch 5 is a good Windows 10 tablet. It has complete Wi-Fi cover with dual-band 802.11 a/b/g/n/ac Wi-Fi support, Bluetooth 4.0, front facing stereo speakers located on the top of the tablet with amplifier and Acer TrueHarmony audio technology, and a 2MP front camera, and 5MP rear camera.

Those who wants additional ports can either buy a converter, or get an optional Acer USB Type-C Dock which then adds a DisplayPort, and HDMI port, 2x USB 3.1 Type-C ports, 3x USB Type-A ports, and separate mic and speaker ports.

The tablet is made of anodized aluminum and weighs 920 grams, with a thickness of 10mm.

The category of 12-inch Windows 10 tablets with Intel Core processors, high resolution, keyboard and active stylus, is very competitive and filled with competitors, but Acer still manages to carve out their own little edge in this category. 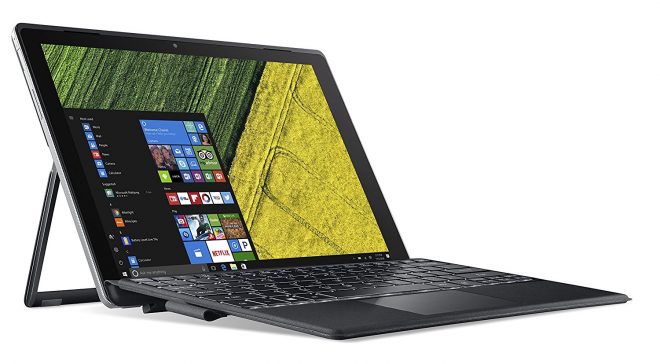 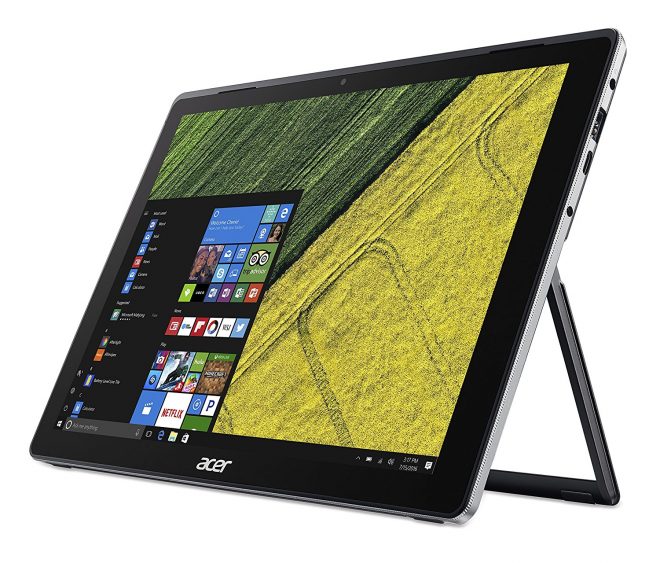 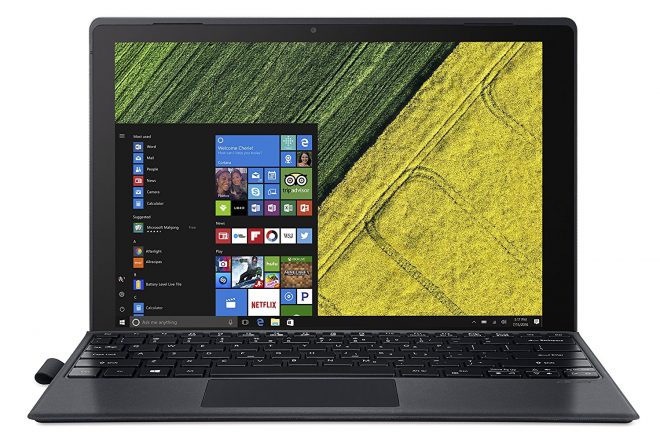 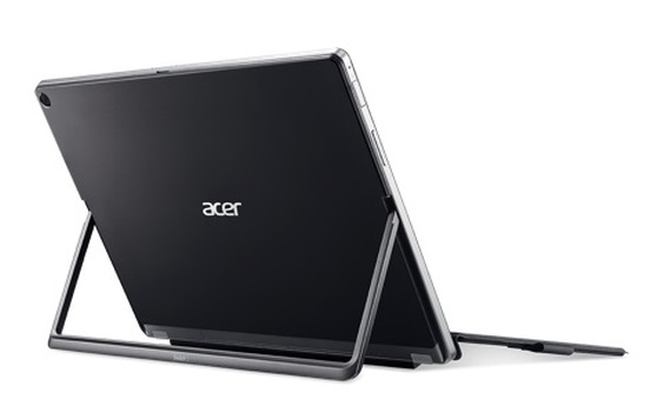