Acer have a silent premiere going on with their interesting Full HD Android tablet Acer Iconia Tab 8 (A1-840FHD). It is now finally in the process of being released in the US too, with a price of $199, making it the cheapest 8-inch Full HD tablet yet: http://www.amazon.com/Acer-Iconia-A1-840FHD

Acer Iconia Tab 8 was announced in May, so people may have forgotten the specifications for it since then. But they begin with an actual 8-inch IPS screen (no 7.9 or 7.85 here) which then has the celebrated Full HD screen with its 1920 x 1200 resolution and 16:10 aspect ratio with 10-point multi touch. Acer went with Zero Air Gap technolgy too, so the visual experience is great, and the touch response is good as well.

It ships with Android 4.4.2 KitKat installed. The processor then is a 64-bit Intel Atom Z3745 Bay Trail quad-core processor with its 1.33GHz speed and 1.86GHz burst speed. And it has 2GB of DDR RAM, and 16GB of storage for that price, with a microSD card expansion slot too of course. Acer will also give you access to their cloud service AcerCloud. And it has a HDMI and micro-USB 2.0 port too. 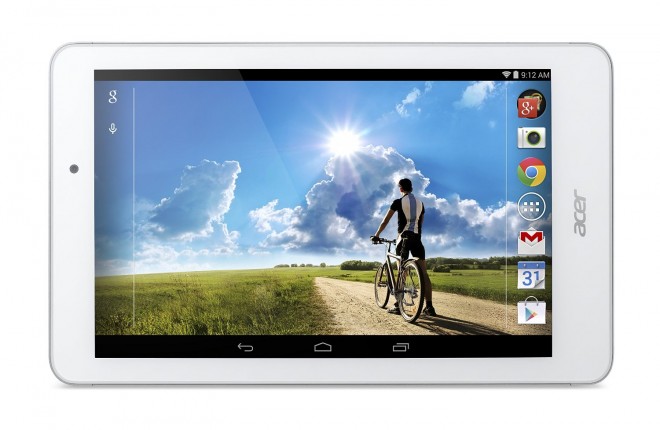 There’s a 2MP front camera and a 5MP rear camera that supports 1080p video recording. There are stereo speakers on this tablet, but they are on the back, and they are not the world’s loudest speakers.

The let downs? It would be the 7.5 hours battery life measured by video playback. I really wish Acer had not skimped on the battery capacity on this tablet which is 4600 mAh, but it seems that this was the one area where they did. So that’s something to be aware of. I haven’t tested the battery life with the Wi-Fi turned on while browsing the web, but this will result in an even shorter battery life.

Another annoyance is the number of subsidised apps that Acer have preinstalled (presumably to be able to make a profit on this tablet at all). Some of these can be tricky to uninstall, remove, or hide. We’ll see how Acer responds to this issue later during fall. If enough people complain to Acer about it, they might release a new firmware update for this tablet down the line that enables simple removal of such bloatware.

For a budget tablet it’s kind of thin at 8.5 mm, while the weight is mid range, at 360 gram. It looks good though, with a white front and silver aluminium finish on the back of the tablet.

Acer have installed their Acer Touch WakeApp software in the Iconia Tab 8, that can be used to wake up the tablet with touch gestures like two thumbs or a five finger touch which will then open whatever app you have chosen for that gesture.

So all in all we are dealing with a tablet that has good hardware specs for $199 but which still have some shortcomings to be aware of. However, if the idea of rooting an Android device doesn’t bring sweat to your forehead, you could get around the bloatware annoyance, but you’d still be left with a tablet that has lower than average battery life.

In celebration of the US release, Acer released a new video for the Acer Iconia Tab 8 (A1-840FHD) as well. 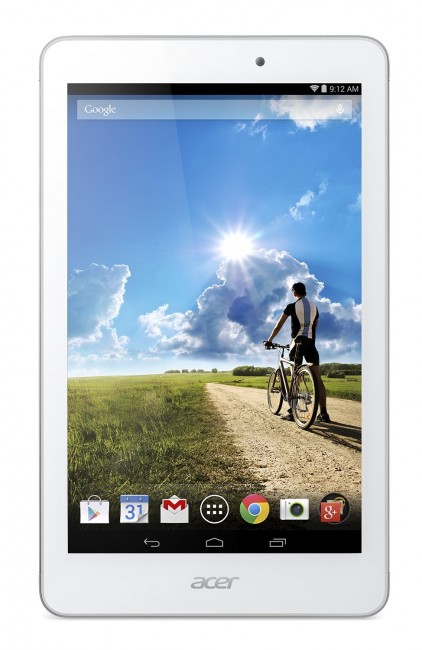 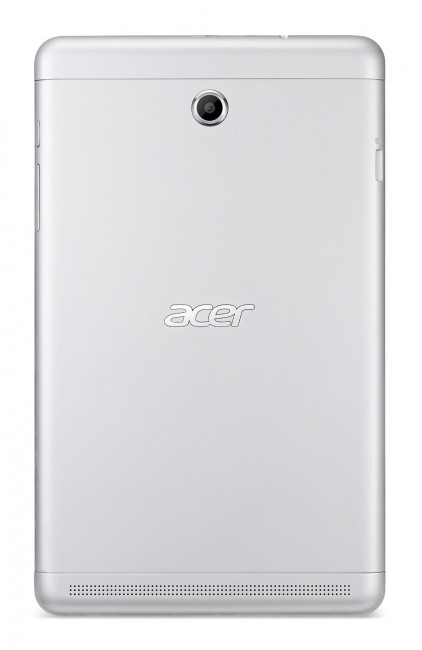 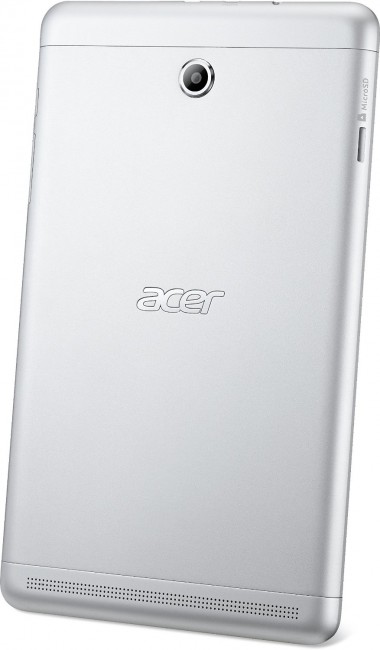