Acer brought back some life to their Iconia Tab line today, when they officially unveiled the Acer Iconia Tab 7, a 7-inch 3G tablet with voice calling.

The Iconia Tab name hasn’t been used the last two years, so this is the first Tab from Acer in a while. And with the Acer Iconia Tab 7 we are looking at a 7-inch Android 4.4 KitKat tablet that supports both smartphone voice calls and regular phone functionality, as well as 3G cellular connectivity for data transfer.

Acer Iconia Tab 7 is being launched in two variants, which is world region dependable. The Acer Iconia Tab 7 A1-713HD features a 1280 x 800 IPS display, a 5 MP rear camera, and ships with Android 4.4. 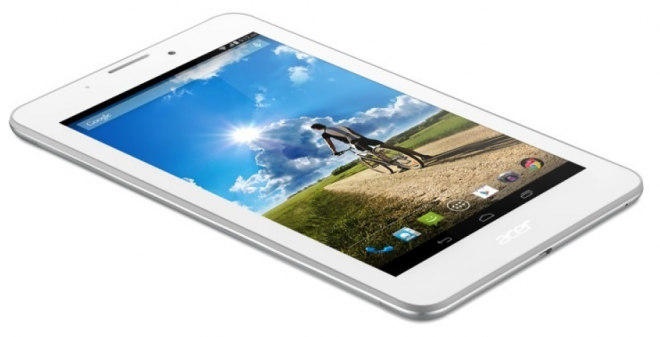 What they have in common are the same front cameras, a quad-core processor, anti-fingerprint coating, a microSD expansion slot, and a 6 hour battery life. The Acer Iconia Tab 7 is otherwise 0.89 mm thick and weighs 298 grams.

The tablet will first begin to release in Europe, the Middle East, and Afrid from the middle of May, while it will be launched in Latin America at the end of June. The price starts at €149, or $1.990 Mexican Pesos. So by the looks of it, if you live in the US and want to get it, you should head over to Mexico for the weekend. 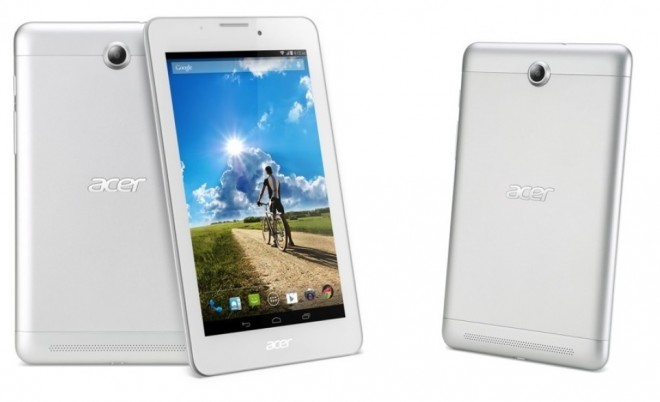