But now with Acer’s official announcement of the tablet in New York, they are saying that this tablet is built for the education market. When the Full HD Tab 10 model launched in February it was launched for $249, but Acer is saying that they are going to charge $299 for the new (A3-A30) model. By comparison, the new Lenovo Tab 2 A10-70 have higher specs and is being launched for $199.

Is this just a way for Acer to milk taxpayers of another $50-$100 pr. tablet? Tablet purchases in the education sector have been riddled with corruption and lack of transparency from day one. If this sounds like news, then just ask any school teacher today, or read about the controversial $1.3 iPad billion deal in Los Angeles, the failed HP ElitePads in Ireland, or look up one of the many other failed stories on tablets in schools. 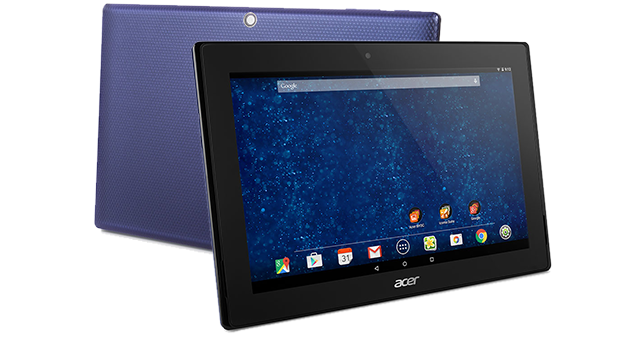 Acer also announced that they are working with Google to join the so-called Google Education ecosystem. We have already reported on these plans when we wrote about the 2-in-1 Chromebooks Google intends to launch 2-in-1’s for the same education market later this year.

The Acer Iconia Tab 10 (A3-A30) is still supposed to become available in general stores too though. The most novel feature is the same AnyPen screen writing technology that Lenovo announced on their Lenovo Yoga Tablet 8, but where Acer’s technology is called Acer Precision Plus which in addition to being more sensitive than their former displays, also supports pen input with ordinary pencils.

It weighs 540 grams and is 9.7mm thick. Acer says they will launch it in May in both the US and Europe.