The as of yet unofficial Acer Iconia Tab 10 (A3-A30) is sporting Android 5.0.1 according to the first benchmark leaks.

The specs are pretty much like before, except for a change from a MediaTek processor to a Intel Atom processor, and an upgrade from Android 4.4 to Android 5.0.

I actually liked the original Acer Iconia Tab 10 A3-A20 that was released just two months ago, and thought that it offered quite a lot of features and decent specs for the price. The only thing was that a few of its rivals offered even more. 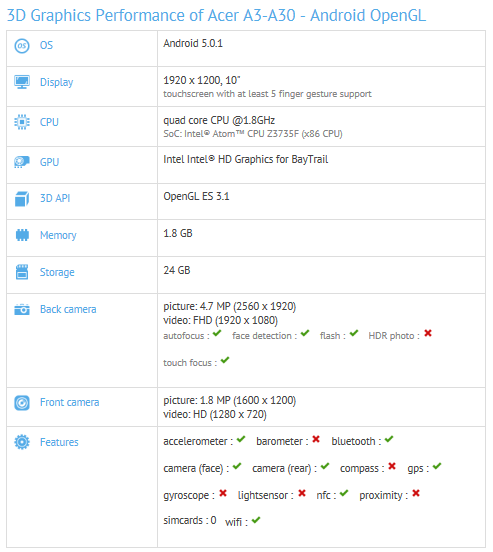