An unofficial tablet from Acer by the name of Acer GT-810 was benchmarked on Gfxbench a few hours ago. The question now is what tablet this actually is.

GT could stand for Gaming Tablet, which could in turn mean that the benchmarked tablet is the Acer Predator Tablet gaming tablet that Acer displayed in April, but refused to reveal any specs on.

The processor then is the new 1.6 GHz quad-core Intel Atom x7-8700 processor that have recently started to pop up in other tablets during the last weeks, beginning with the Surface 3 earlier this month.

Acer GT-810 also appears to have 2GB of RAM, so with that and the FHD display in mind, at least we know it’s not a entry level budget tablet. Storage is listed at 23GB, which might be what’s left of the original 32GB after OS and apps have been installed in this device.

Since this is the first mention of this tablet, we should learn more about it over the next couple of months.

UPDATED: Acer released the teaser video seen below on May 29, for the upcoming Acer Predator series that involves several gaming products, including the Predator Tablet. 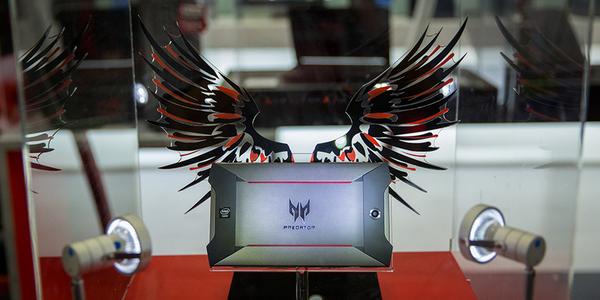 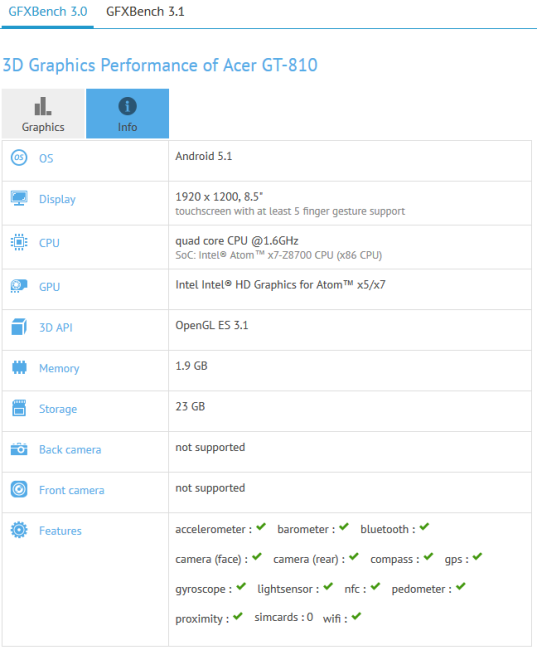