Another new and as of yet unannounced Acer tablet have just leaked through FCC, where we for the first time learn about a new tablet called Acer Enduro T1.

The Acer Enduro T1 with model number A9001 is made in Taiwan, and is imported into the EU through Acer Italy. But it’s difficult to tell if the Enduro in the tablet name tells us that it’s a product mainly for Italy or not.

It’s even challenging to assume what sort of tablet Acer has built here, because it is even specifically highlighted with a barcode scanner. With Acer focusing a lot on the education sector, this tablet may even be made just for that sector. We will just have to wait and see. 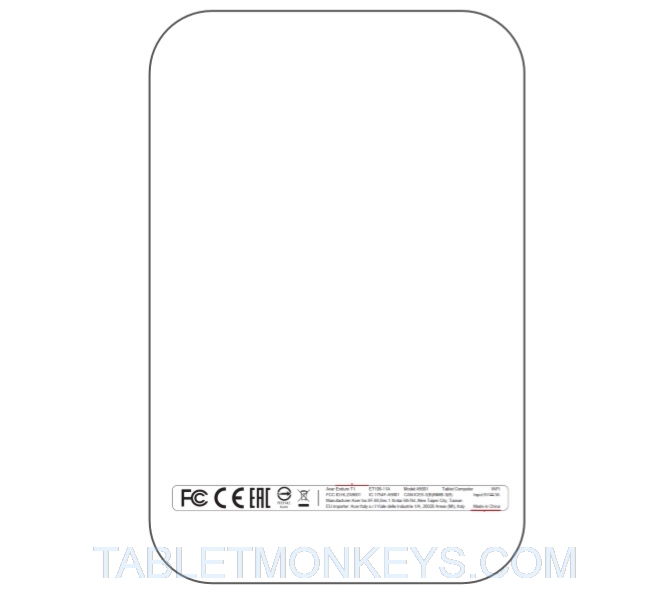 Either way, the other specs that have officially leaked shows that the Enduro T1 supports 3A charging, and features dual-band 802.11 a/b/g/n/ac Wi-Fi, GPS, GLONASS, NFC, a 3.5mm audio combo jack, and a memory card slot.

The rest of the specs haven’t leaked yet.

Acer also have other tablets in the works that they have yet to announce. The next major mobile technology event now after CES is the Mobile World Congress in Barcelona starting February 24. So if Acer doesn’t announce any new tablets before MWC, that would be the next possible unveiling date.